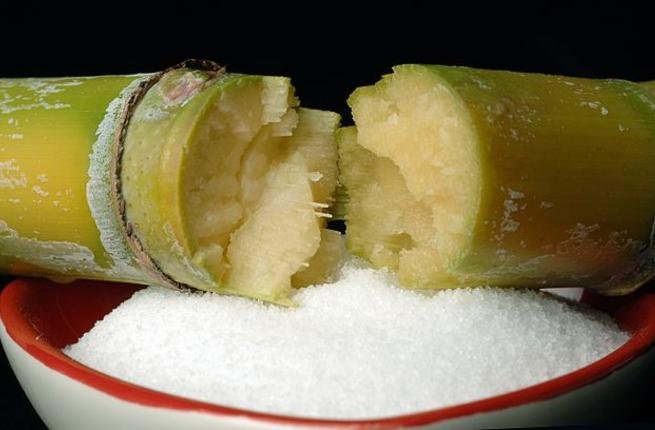 The region of South Dead Sea is today a singular mix of verdant fields, small villages,  white sediments hills, rocky backgrounds and, looking to the North, the last water bodies of a dying lake. At the first look, nothing indicated that this plain hosted in the past a prosperous and quite large city, in the surroundings  of the modern Ghor Es-Safi village. Zoara is many time mentioned in the Ancient Testament under the name of Zoar or Segor (and also Bela) and is generally known as the place where Lot sought refuge after the destruction of Sodom and Ghomorrah. (For biblical references, click here) 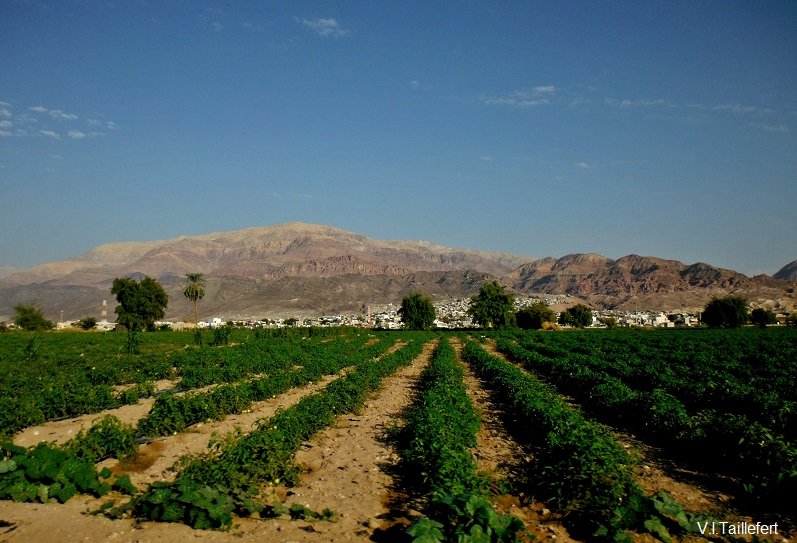 At the early Islamic period, Zoara is a busy market town, especially known for the production of dates and indigo. However, the city is going to witness a extraordinary prosperity under the impulse of the "Islamic Agricultural Revolution"  with the introduction of the sugar cane and the development of a sugar industry. The sugar cane was imported from the East further to the Islamic conquest. From the 9th century, and especially during the Ayyubid and Mameluke periods till the 14th century, the sugar production in the Jordan Valley  is booming and Zoara becomes a major center for the sugar agro-industry.

Safi sugar factory comprised two side by side pressing units, each one consisting in a lower vaulted room containing the water-powered mechanism and an upper floor press to which the rotation dynamic was transmitted through a hole to the press (Fig 1 and 2) . A large aqueduct (1.5 m wide and 2m deep) conducted the water drawn from the adjacent Wadi Hasa till over the factory, where the flow was partly diverted at right angles to two oblique channels mounted on large walls and leading to the units, while the remaining water continued straight towards an adjacent flour-mill. Arrived to the edge of the diverted channels, the water whizzed down along a covered ramp (10 m in vertical drop) till the mechanism in the lower rooms for activating the rotation of horizontal paddled wheels, each one 4.70 m in diameter, as traces carved in the ground demonstrate (Fig 3 and 4) . Each wheel rotated an axis forwarding the force to the upper room and powering the related sugar press, consisting in a vertical round stone rolling in a circular pressing bed 3.10 m in diameter. The volume, speed and gravity of the water flow arriving on the paddled wheels were precisely calculated to produce the suitable impulse in the wheels in order to give the right force to the heavy press stone situated above, a  process which demonstrates an excellent mastery in the physic of the forces transmission (Fig. 5 and 6). The juiced extracted from the sugarcane was collected and transported through a channel over a little arched bridge till the boiling house (Fig. 7 and 8) , while the water coming out off the wheels was diverted for irrigating the surrounding fields.

After harvesting, the sugar production consist in at least 6 steps: 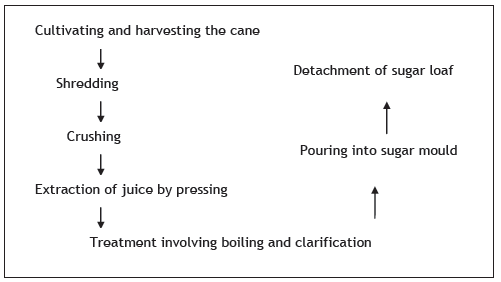 The boiling house contained a range of furnaces over which the sugar juice was boiled in large cauldrons at low heat (Fig. 9 and 10). It was then poured in conical recipients drilled in the bottom in order to let drain the heavy molasses in a jar placed under the cone and recuperate the crystallized sugar loaf from the cone, once it was completely dry (Fig. 11 and 12) . Extracting the sugar loaf out of its cone may eventually requested to break the cone, as suggested by the uncountable cones sheds found on the spot (Fig. 13) . A second, or eventually a third boiling of the molasses, would provide a more refined kind of sugar. However, we ignore which refining level process was reached in the Safi sugar factory.

The sugar industry in the Jordan Valley was so important during the Mameluke period (12th - 14th centuries) that the sultan appointed a special supervisor in the region for managing the production, collection and finances. Plantation and factories were declared royal property. For the state, the sugar industry represented an excellent value and a highly profitable trade. As sugar can be stored over a long period, it allows speculation by stockpiling during the high productive years for releasing the stocks at advantageous price during the poor yield years. At long term, sugar was a relative stable value, bringing constant taxes revenues to the Caliphate. From Zoara, the sugar was transported mainly to Gaza and from there exported to Europe.

The site of Safi sugar factory remains an amazing testimony of the past flourishing sugar agro-industry and the impressive mastery in the knowledge in fluids dynamic, physics and chemistry at that period. The name of Zoara became  Zughar and is likely the origin of the modern name Ar. Sukkar, Eng. sugar, All. Zucker, Fr. sucre.

The Origins of the Sugar Industry and the Transmission of Ancient Greek and Medieval Arab Science and Technology from the Near East to Europe. Proceedings of the International Conference Athens 23 May 2015. Edited by Konstantinos D. Politis