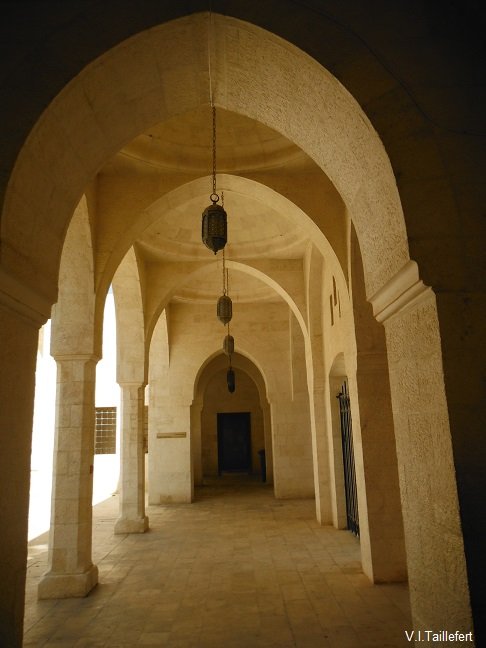 As well as their Roman predecessors, the Byzantines took care to protect the oriental borders of their empire, being afraid from an eventual invasion coming from East. However, they neglected the southern area, from where time to time Arab tribes used to conduct raids without gravity and then to withdraw. Not suspicious in any way that a serious threat could come from South, they let this portion without any efficient defensive system. Thus, Prophet Mohammed troops moved without difficulty till Muta near Kerak, where they won by surprise the Byzantines soldiers. In few years, the Muslim troops have thrown the Byzantines out of the Middle-East. Hence, Jordan was the field of major historical events in the first decades of Islam, with the battle of Muta, Fahl and Yarmouk. Today, Muta has become a Muslim pilgrimage destination. Numerous tombs of Prophet’s companions can be visited around of Kerak (Muta) area, along the Jordan Valley and in Irbid area. 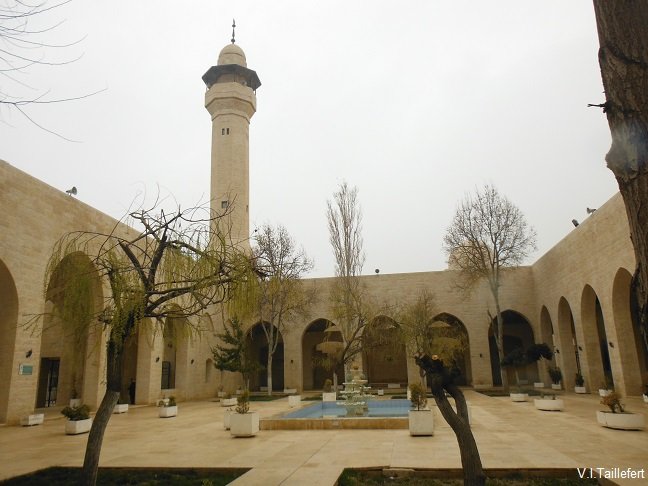 The Muslim conquest removed the barriers between the western part of the Near-East and the middle-eastern cultures of Iran and Mesopotamia. It gave by this way the opportunity to amalgamate the cultural resources of two civilization poles. In 661, the capital of the recently created Arab empire was moved from Medine to Damascus, residence of the Omayyad dynasty which ruled from 661 till 750 AD. The Omayyad reused the castles which protected the eastern border of the previous empire and turned them into leisure residences, hunting lodges…. Some of them are now integrated in the touristic circuits Hallabat, while some others are located in the middle of the desert, thus difficult to access.

Amra Baths represent a beautiful vestige of that period. For the arts, the Omayyad are still depending on the preceding culture. Amra baths frescoes clearly witness the use of antique registers of decoration beside new registers and inovative styles.  Painters and mosaicists kept practicing their art in spite of the change of governance.

In the mid- 8th century, the citadel of Amman is covered by a palace which is drawn on the plan of the great monumental palaces of Mesopotamia, while joining also some very classic specificities. In 750 AD, the Omayyads dynasty is overthrown by a revolution led by Abbas. The authority seat is moved from Damascus to Bagdad, which develops a golden age in the domain of the arts and sciences. The Arabo-Muslim civilization expands from Indus River to Spain. In our area, nothing spectacular remains from the Abbasid period. But we must also underline that this period is neglected in archaeology, maybe wrongly considered as uninteresting and unproductive. However, some recent discoveries show that the Abbasid established Amman as a regional capital. One of Abbasid governor, Salih Ibn Sulayman, restored the Omayyad palace on the citadel in 796 AD and increased the complex with a mosque. Jerash seems to have been a important centre of ceramic production at that time. 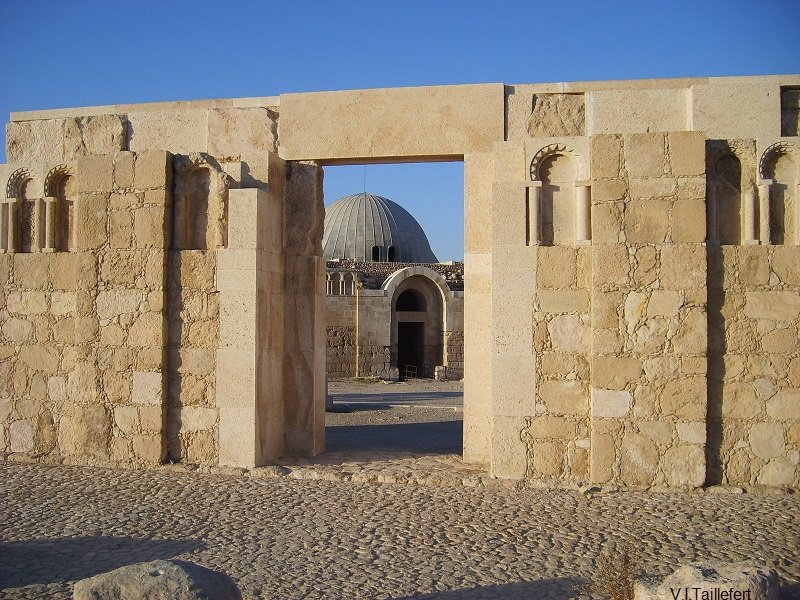 The so extended Abbasid empire cannot maintain a long time in its entirety. It is dislocated at the 10th century to the benefit of the Fatimid dynasty, coming from a Shiite movement in Algeria. The Transjordan is essentially rural and benefits from local trade exchanges networks. The southern Jordan in particular takes great advantage from the maritime traffic in the Red Sea, especially active under the Fatimid Caliphate. The Fatimid developed a lot of trade with India, China, Sumatra and Java. Remains of Chinese pottery found in Aqaba show an evident increase of the commercial exchange volume around 1000 AD. At that time, Ayla, the ancient Aqaba port strategically located, is flourishing. 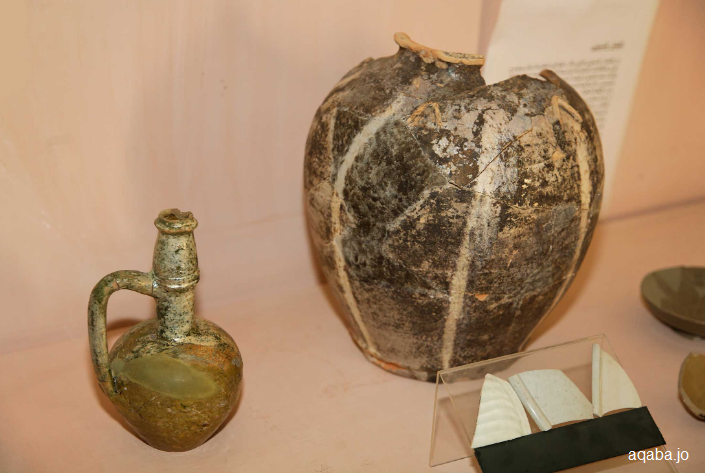 The Fatimid dynasty is in turn overthrown by Saladdin, who makes the caliphate return back to a Sunnite state. He establishes his own dynasty, the Ayyubids. This period is important for Transjordan, as it is the field of the confrontation of the Muslim state to the Crusaders who have taken Jerusalem in the last year of the 11th century. The Crusaders, led by the Frankish, subjugate the whole Palestine and Transjordan and create four states in the Near-East for two hundred years. Transjordan recovers a great importance in the struggle between Saladdin and the Crusaders: it is a boundary zone at the extremity of the Latin kingdom and undergoes many troubles.

The Francs build the Kerak and Shobak castles. The Muslims remain first powerless in front of the advance of the Frankish. But after a time of floating, they take back Damascus in 1154, and then, after one decade of confrontations, successfully expel the Francs out of Cairo and reset Sunnism in Egypt. Saladdin unifies Egypt and Syria under his command and triggers a attack in 1177. 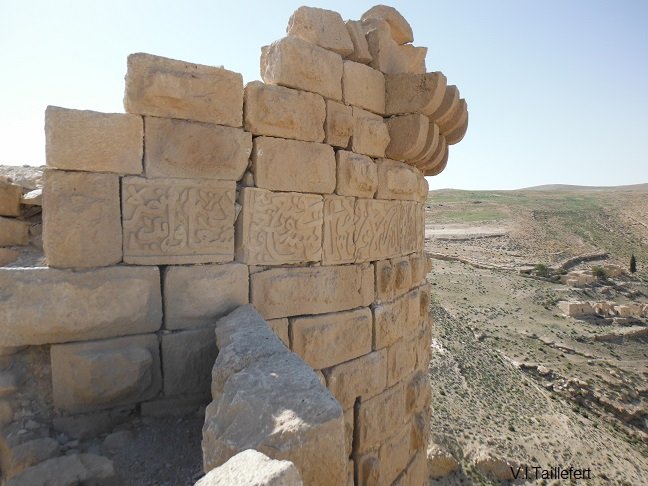 In the mid of the 13th  century, a caste of slave soldiers, mainly from Turkish, Slave or Caucasian origins, revolts in Egypt, kills the Ayyubid governor and set themselves at the power in 1250. They establish the Mameluk dynasty. They are fierce warriors and great riders. In 1260, they stop the advance of the Mongol troops. On the other side, they expel definitely the Francs out of Orient, at the late 13th century. Mamluks will keep authority over the areas of Syria and Jordan until the 16th century. The Ayyubid and Mameluk periods represent prosperous times for the Transjordan, which lives through a good rural development, especially thanks to the production of the sugar cane in the Jordan Valley. The Mameluks work to rebuild the socio-economical live jeopardized by the wars against the Crusaders, and focus mainly on the restoration of the religious sites and infrastructures.

They invest their efforts in the Jordan Valley and mainly in the hydraulic energy, by building mills at the end of the wadis going down to the valley. Many agricultural practices, which had been damaged by the long wars of the Crusaders period, go through a rebirth. Other industries develop in Transjordan during the Mameluk period: horses, sheep and camels from the Kerak area are very popular in Egypt for the transport, the meat and the wool. 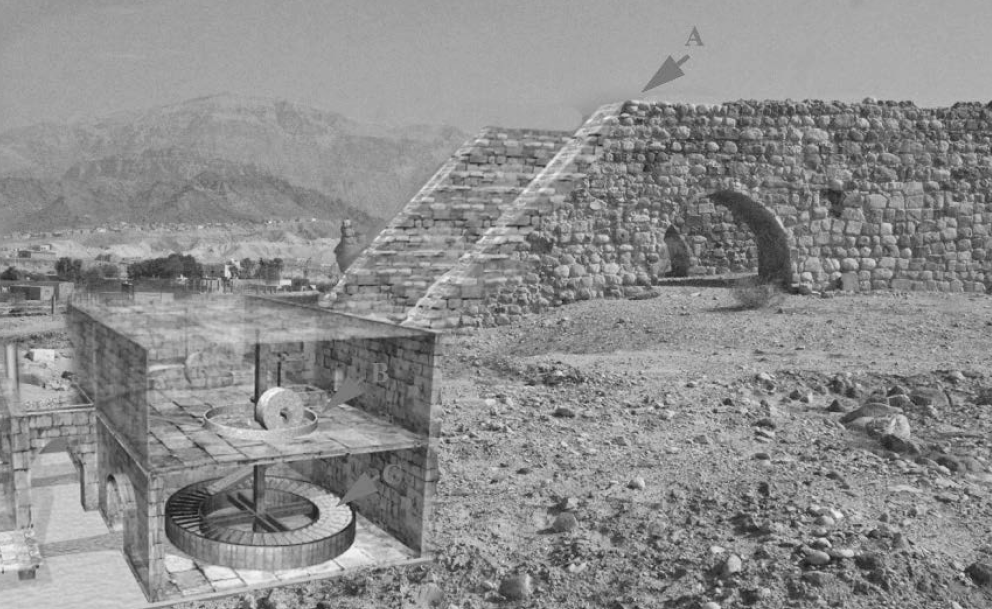 The pilgrimage to Mecca can safely take up again and becomes the main economical income for Transjordan. Roads are equipped with caravanserais and small fortified khans. Pilgrimage itineraries have been several times modified over time, following circumstances, in particular under the Frankish occupation. Therefore, various centers take advantage of the traffic at various periods. Amman, which was repopulated after the Crusades, was not attractive place and was ignored by the travellers. Pilgrims used to stop rather in Zarqa,  Lajjun, Kerak and Maan. Some of the desert castles were used as caravanserais, as for example Qasr Tuba. Another road was naturally following the axis of the Jordan Valley and Wadi Araba. Taxes were imposed on travellers. At the Ayyubid and Mameluk periods, the entire roads network was properly maintained and was also used as a postal network. 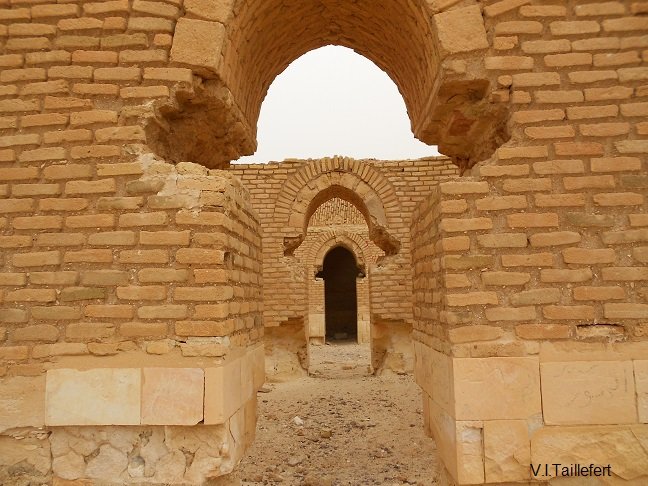