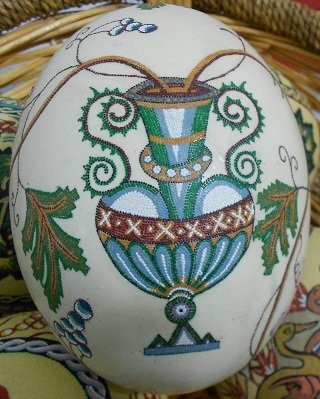 The ostrich egg painting is a very ancient art, not limited the Middle East. Ostrich eggs decoration has for example a long story in South Africa. The oldest decorated egg shells were discovered in a South African cave and date back to 60 000 years ago (image below). Decorated ostrich eggs are found in almost all the ancient cultures of Africa, of the Near, Middle and Far East.

Ostrich was a very common animal in the Prehistoric Middle East and Africa. Neolithic petroglyphs of the Jordanian Badia show ostriches hunting scenes. 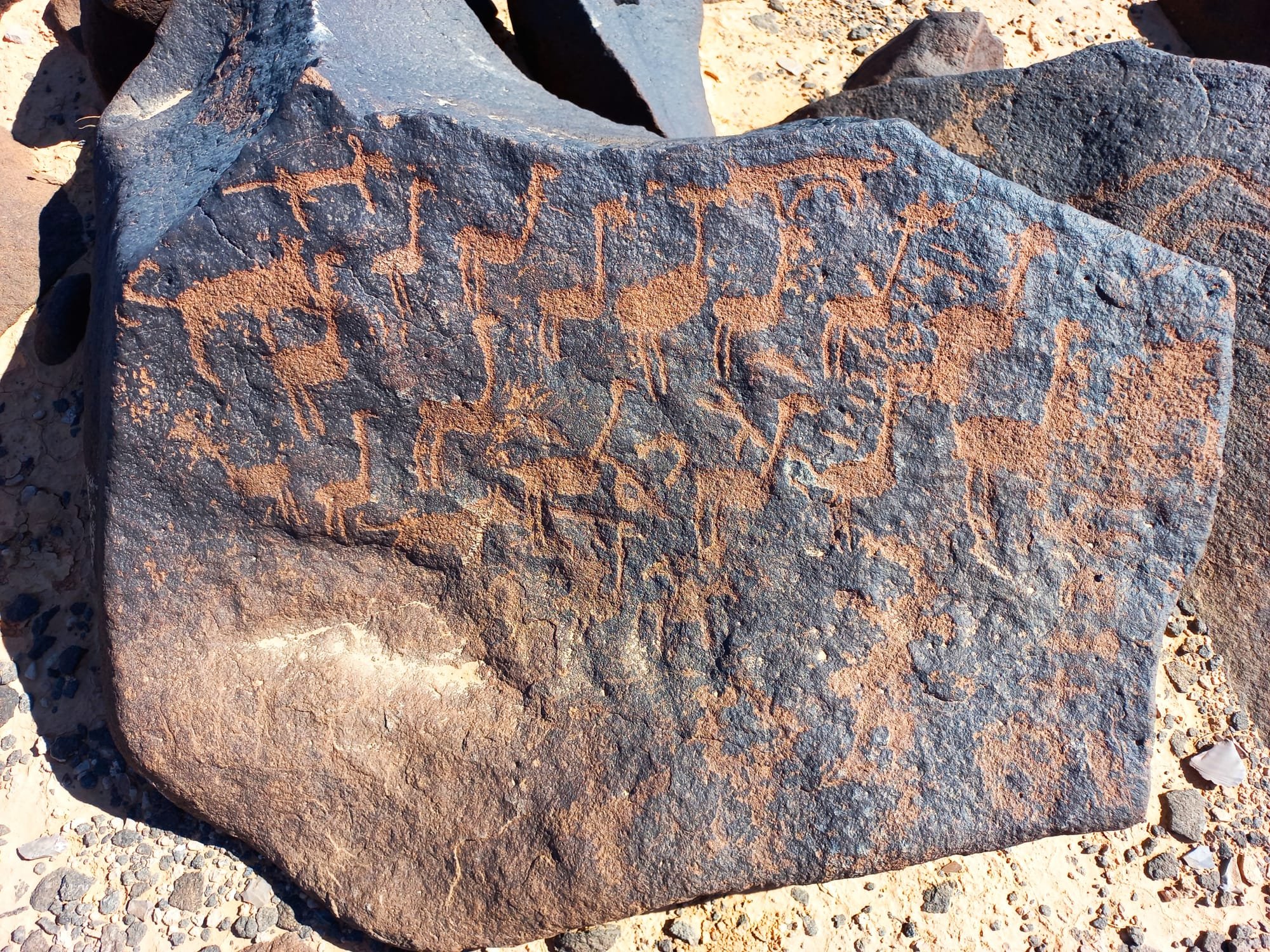 At the Byzantine period, Middle East still hosted a rich variety of savanna fauna, among which the ostriches, as attested on the mosaics. However, as well as gazelles, ostriches were over-hunted and, finally extincted in the Middle-East and Arabian Peninsula. The use of the eggs as well as the decorations practices disappeared. However, ostrich eggs painting undergoes a revival today in connection with tourism, as a program was launched in Azraq when the Shaumari Wildlife Reserve was breeding ostriches, remembering in this way that the ancient Azraq oasis was hosting ostriches since the Prehistory. Nowadays, this activity is alive in Azraq and even flourishing in some homes. The production provides some souvenirs boutiques in through the country as well as the Gulf market.

The design largely reproduces the patterns from the Byzantine mosaics of the so called Madaba School, that we can admire on the sites of Madaba, Mt Nebo, Khirbet Mukhayyat and Umm Al Rassas. One of the most recurrent patterns is the tree of life, very famous in the mosaic art of the Near and Middle East.  In addition, folkloric patterns as camels and typical Bedouin figures are sometimes added for catching the tourist eyes.

While it exists different techniques for colouring the eggs, the method used in Jordan is essentially the dotting, which reproduces the aspect of the mosaics. Painting is introduced in a pointy piping pocket out off which the artist lets flow tiny drops. Such a technique requests long training hours on a flat surface for gaining enough ability for applying it on the round shape of an egg. 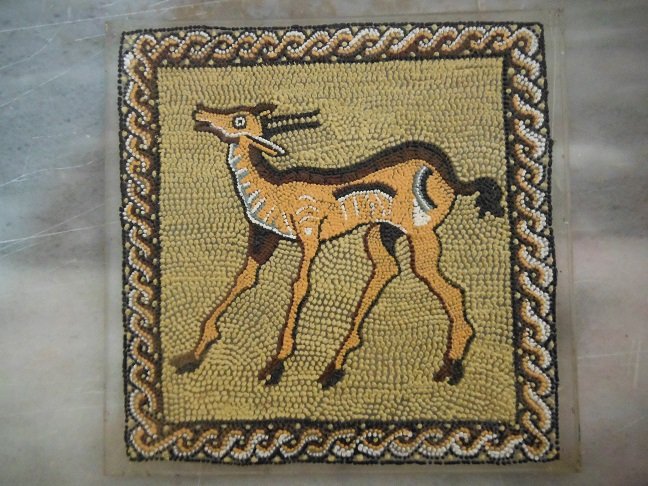 For a visit and experience in a workshop, see this page...