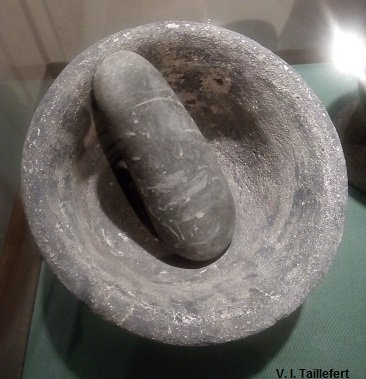 The Neolithic is a long and gradual process leading people to progressively control and manipulate their environment and resources, as well as a considerable increase of the population and profound shifts in the social organization and in technologies. Societies start settling in more permanent dwellings, keeping with them animals instead of exclusively running after the wildlife. The dog is the first animal to be tamed. They also start domesticating plants. We assist to a proto-food production. In some way, the Neolithic lays the foundation of the later human civilizations. It is also a period where societies are still sensitive and vulnerable to climatic changes which directly impact on their lifestyle. The communities are sometimes sedentary and sometimes turning back again to nomadism. Seeing the Neolithic as a regular evolution to sedentariness and agriculture would be erroneous. Moreover, the large geographical domain present variations and differences between the cultural trajectories of the communities, although interconnected. It is the reason why this period is so complex. Resuming the numerous evolution processes and changes that characterize the Neolithic period is very challenging. New discoveries and studies may constantly challenge the previous assertions and chronologies, raising new discussions... We try to modestly give some facts here below as well as in a more specialized section of the website.

Some new discoveries have recently shaken up the traditional "cause to effect schema" in the process supposed to link the sedentarization to proto-agriculture and then to bread making and food storage:

In the South of Jordan, the most famous site known by a large public dating of the PPNB is Beidha, in the vicinity of Petra. This site is generally integrated in the classic tourist programs. It presents two occupation phases (between 7200 and 6500 BC), the first one with round huts that have been destroyed by fire, and the second phase with square shaped houses (below photos show a reconstitution). This new technique requests the control of the wall linking system. Right-angled walls allow the specialization of the domestic space in rooms, and we see the emergence of workshops, indeed an organization of the community.  The square buildings show an important development in human society. It also facilitates the elevation of the structure in a second floor, as we can see on lightly later sites of Baja and Basta. Some structures may eventually be seen as ritual buildings, or at least non-residential constructions which suppose a communitarian use.

Beidha: reconstitution of round huts and a square house

Other sites of South Jordan conserve circular, semi-circular and square houses. The evolution between the circular architecture to the square one is visible on some samples where the angles do not present linkages but are just rounded, like on the below photo in Wadi Rum. (read more here) 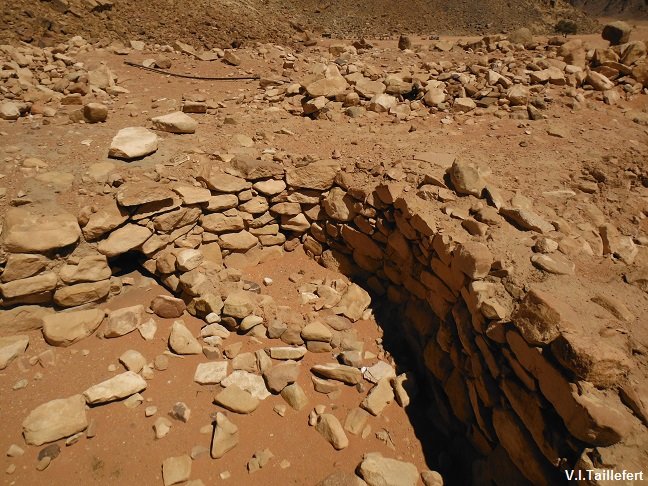 Located 15 km east to Petra, Basta site (about 6000 BC) preserves, as much as it can, the very first windows we know in architecture. Due to the lack of attention from authorities, the some of them are now collapsed.

Around +/-6500 BC, this civilization seems collapsing. The population around the Jordan Valley drops down, some settlements are abandoned. Scattered smaller settlements appeared with a lower construction quality. Art, architecture, technology and mortuary practices are also altered. Several hypotheses try to explain those changes, especially a modification in the climatic conditions and a decrease of rainfalls attested in the Jordan Valley basin. Nomadic pastoralism rose at that time, it this may be the reason why we see an extraordinary increase of settlements more to the East, in the Jordan Eastern Desert. Other hypotheses put forward that a constant increase of the population conducted to a social stress that forced communities to scatter.

The emergence of the standardized ceramic production in the 6th millennium largely contributes to the agriculture evolution, since the containers will facilitate the food preservation. It seems that the PN period was favourable to an individual farming model. Settlements are of small scale and more heterogeneous. The architecture is no more standardized, with sometimes rounded houses, sometimes rectangular. The PN witnesses the flourishing of a culture called Yarmoukian, characterized by a certain style of pottery. The economy relies more and more on crops production, cattle, domesticated caprines and sometimes pigs. Less sophisticated than the PPN culture, the PN civilization is characterized by a flexibility of adaptation, a dispersion of the population and an intensive food production.

Thanks to recent surveys, the Eastern Desert represents a interesting field for the Neolithic period surveys. Among the countless remains of this period, we can mention the stones structures called kites, huge networks of low walls built by the hunters for capturing ungulates and ostriches herds, which used to migrate from East to West to the aquifer areas of Azraq. 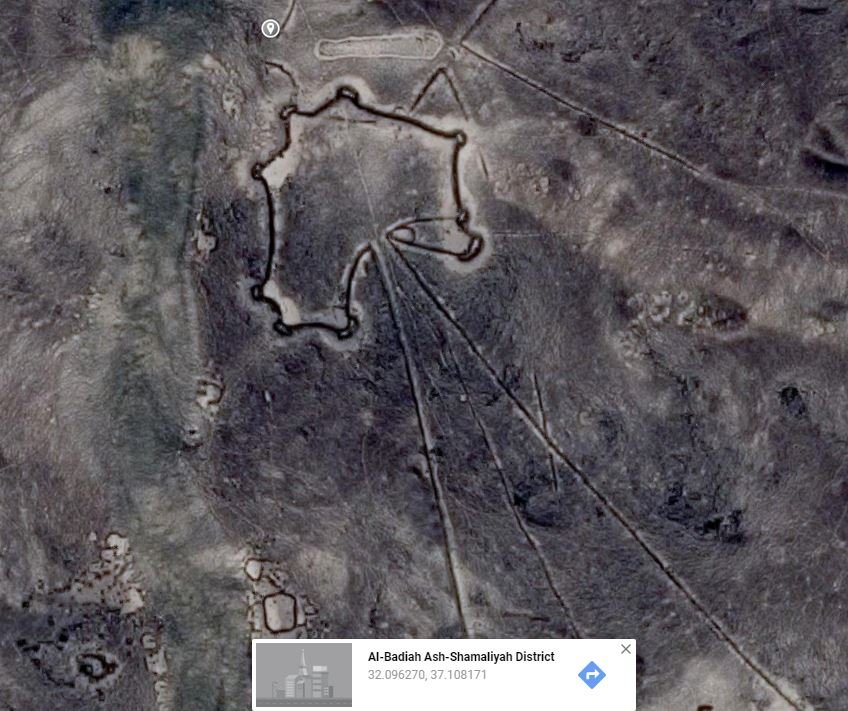 While the Neolithic periods in our area is absolutely fascinating, there are not really spectacular vestiges to show to the traveller. Too few means have been invested on the field to put in evidence this part of the Jordanian history. However, beside the well known Beidha, it is now possible to visit relevant sites in the South of Jordan, as Scaret Umm Said and Baja' (if you are able to climb a little bit) as well as to go exploring the Eastern desert.