The desert of Wadi Rum is a wonder of nature shaped by the erosion resulting from sand storms and water. The mountains of Wadi Rum did not arise from the plain as it could appear at first glance. They results from the fragmentation of a sandstone rock which had cracked under the tectonic activity. Wind, sand and water rushed into the cracks that became holes, canyons and valleys. The nowadays sandstone mountains are subject to an intensive wear phenomenon. This is the reason why some of them are only stone hills. 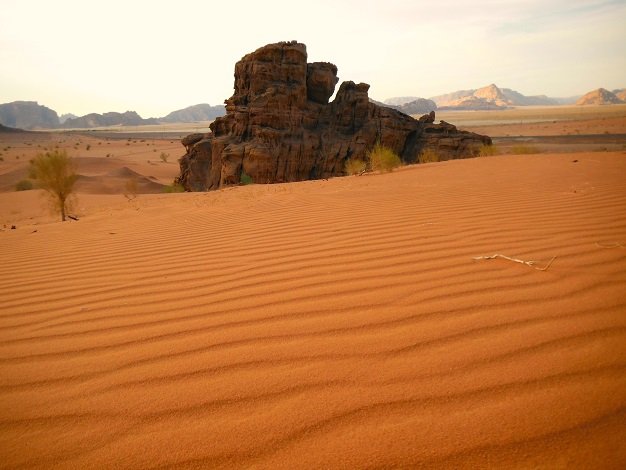 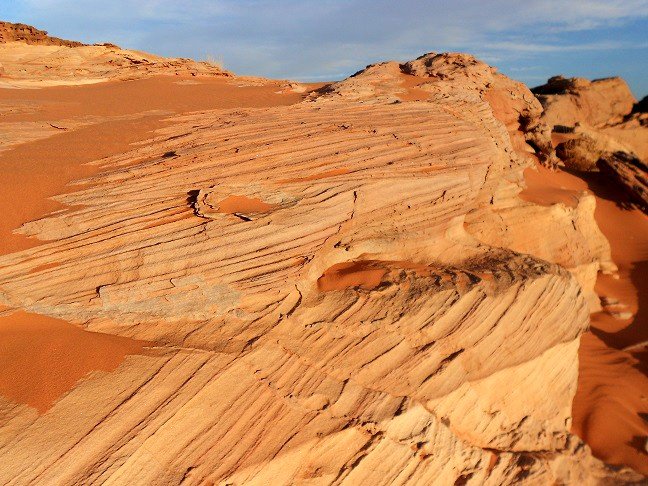 Wadi Rum can be visited by jeep, on foot, camel or horseback. The jeep tours tailored for the mass tourism are operated in a relatively restricted zone comparing to the expanse of the Wadi Rum desert which continues to the Saudi border. Few days excursion will allow to explore more remote areas.

Wadi Rum is partly a natural reserve. The fauna is relatively rich and consists in wild cats, wolves, foxes, reptiles, eagles, gazelles and reintroduced Arabian oryx... accompanied by a local Bedouin, you will learn how to read animal traces in the sand. The desert also hosts many plants perfectly adapted to their environment. The blooming season is very short, about two weeks in February.

Wadi Rum desert preserves very ancient traces of human activities, especially the inscriptions and petroglyphs drawn by dwellers and  the caravaneers who roamed those areas. Amazing testimonies that you can learn to decode with a local Bedouin. 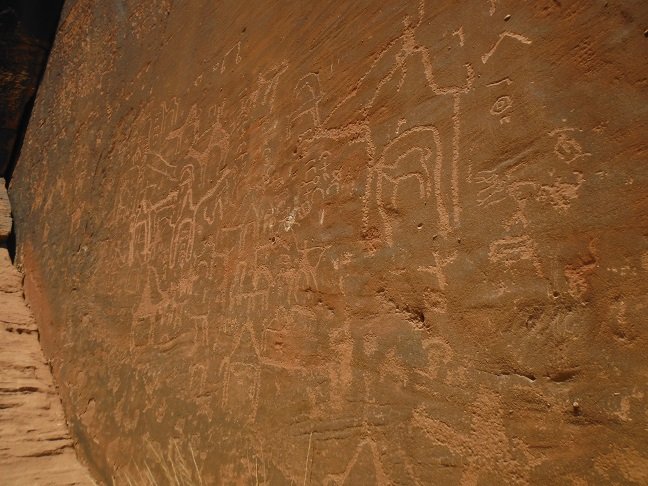