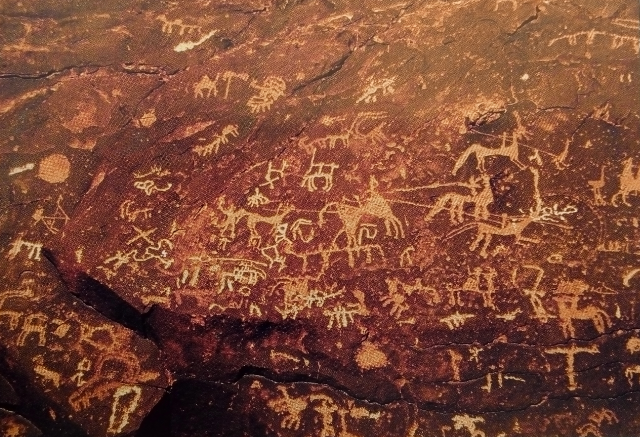 Petroglyphs are found in a wide area from the Syrian desert till Saudi Arabia. Staggering from the Neolithic till the 20th century, they witness to the human activities and their interaction with their environment....as well as to a fauna definitely extincted in those areas. 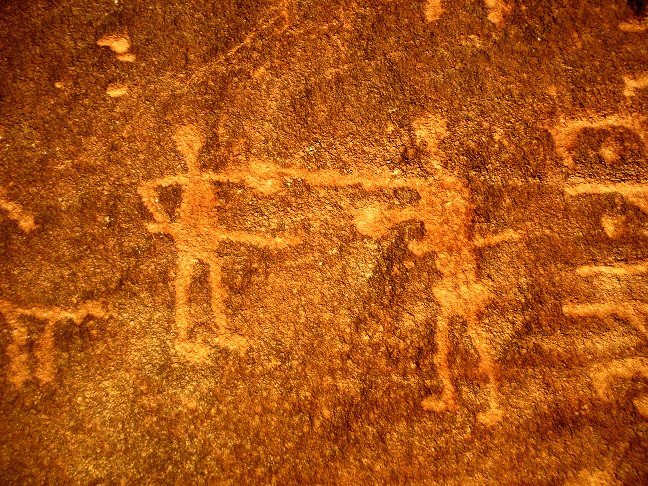 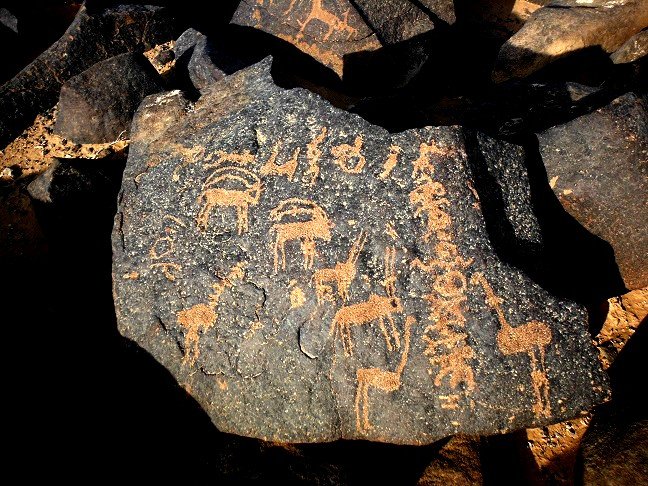 Rock Art discloses a rich and diversified fauna anciently common in those nowadays desert areas... which relationship the men had with those animals? petroglyphs partly raise the veil. 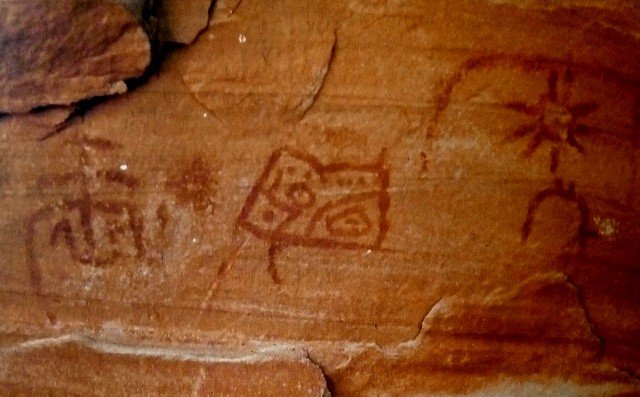 Enigmatic shapes that only local desert dwellers can interpret... 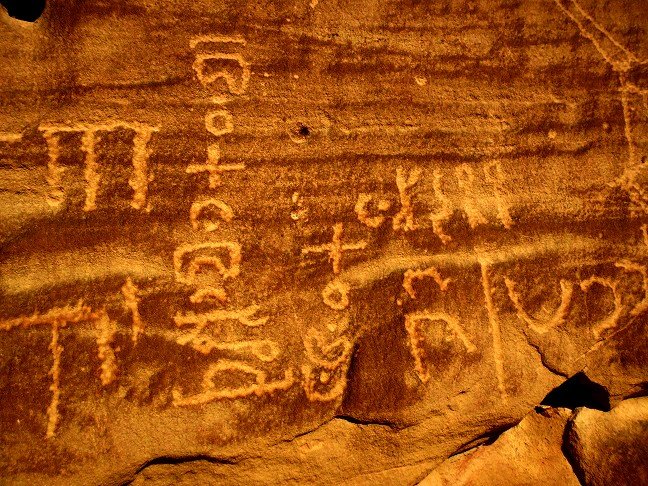 The Rock Art is a precious and abundant epigraphic source for the study of the ancient Semitic scripts.