Based on a historical and cultural aspect, an in-depth visit of the capital could take at least two days.  However, visits usually offered by tour operators last a mere 2 hours, mainly spent in the citadel and the Roman amphitheater.  Sometimes, in short programs, a visit to Amman is just skipped.

The Amman Citadel contains the ruins of a Roman Temple - which had never been completed - the ruins of an Omayyad Palace, a miniature of the famous palace of Mesopotamia, as well as the basement of a mosque. But actually human occupation of the citadel dates further back in history than the ruins preserved therein: the Roman temple is embedded on a rock which shows very old signs of occupation dating back to the Neolithic Age. This rock was probably used as a place of Semitic worship, as is the case for many rocks in the Middle East, the most famous one being the rock embedded in the Dome of the Rock Mosque in Jerusalem.

The Omayyad Palace is very interesting as it follows in miniature the map of the famous oriental palaces, while also including characteristics of Roman urban development.  The oriental palace where designed according to an inner town model. Roman baths have been added to the palace and present a sophisticated hydraulic system. The Citadel had no spring water. The water collecting system and pipes were already in place during the Iron Age when King David besieged the city. Besides the baths, we can still see the huge Omayyad water tank. 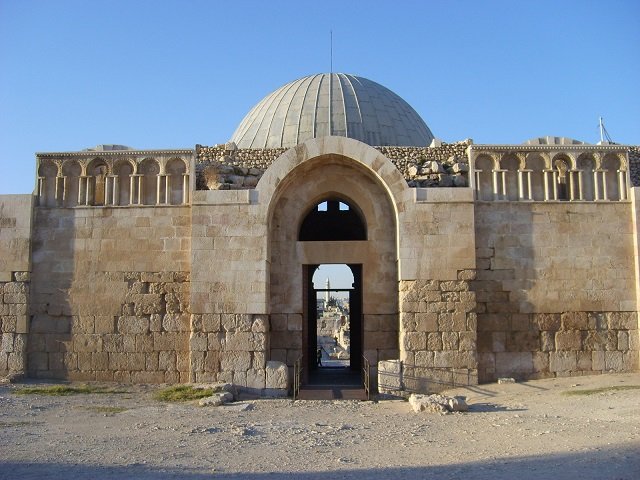 The Roman Theater dates from the 2nd century AD. It contains 6,000 seats placed in particularly vertiginous steps. It faces a Forum which was closed on the North side by a small well-preserved Odeon. 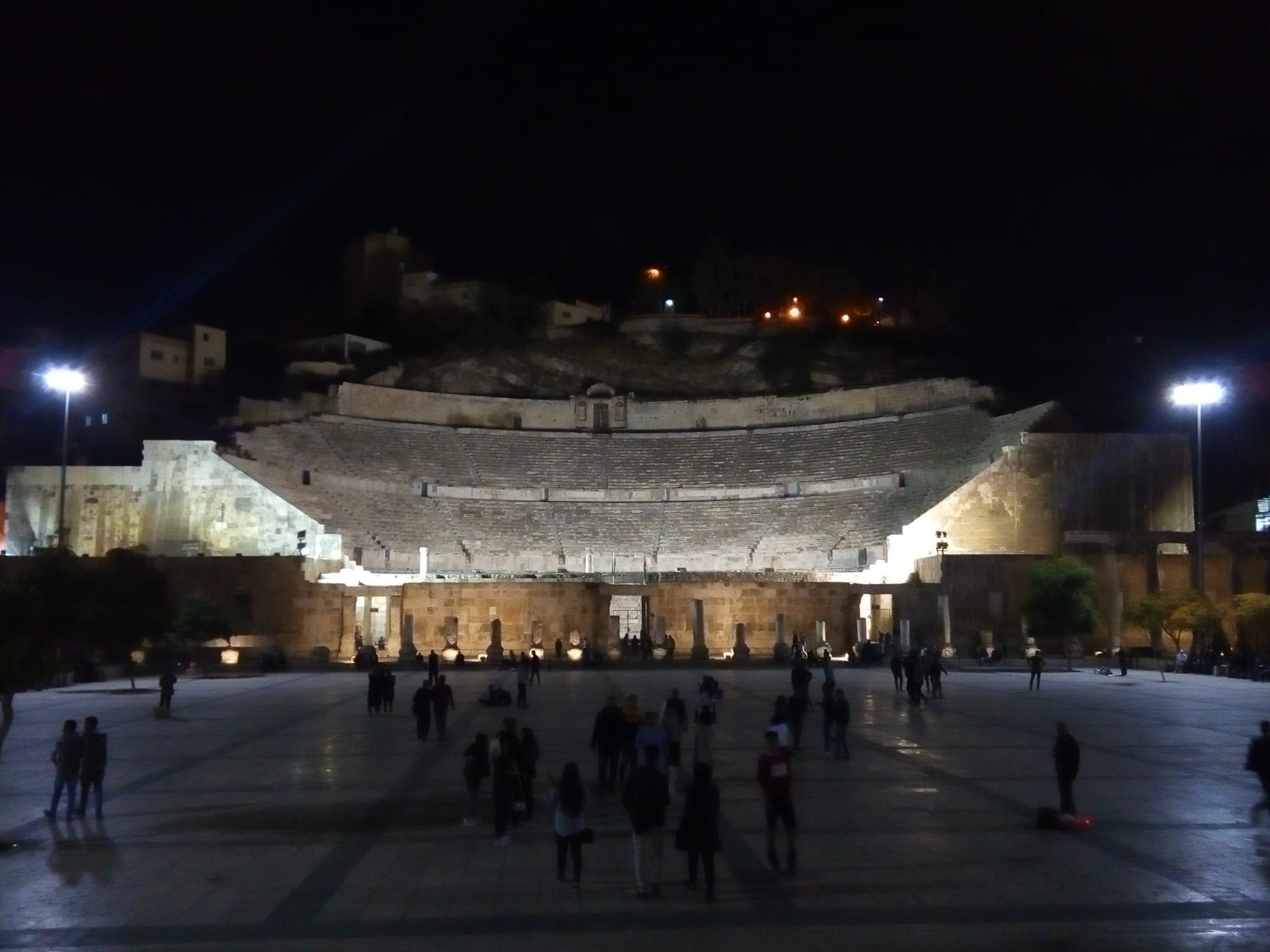 The Cardo is an avenue which was found in all the Roman cities. It runs along the bottom of the valley where the river Zerqa ( Yabbok in the Bible ) or Seil Amman flowed into till the first half of the 20th century. That is why we find, near the modern popular markets, the ruins of a monumental fountain. Those Roman urban structures were still clearly visible in the 1920s, when migrants coming from the Caucases settled and founded the core of a city which would become the future city of Amman. Nowadays, Talal Street, as the first "main street" of Amman,  follows the trail of the Roman Cardo.  However, nothing remains of the river which is completely buried under modern urban development. Above are scenes of Amman in the years 1920-1930.

Even if the traditional souks in Amman are small comparing  with other souks in the Eastern capitals, it is worth going around for a discovery. We are anyway in the East and this trip will appear exotic. In summer time, you can enjoy a traditional shopping on Friday in the artisan market of "Souk Jara"  in an old street of Jabal Amman.

Amman is also small alleys, windows, a particular light that you sight through a personal wandering...

You will also be amazed by the disparity existing in the same city, between the historic places and the malls, restaurants and boutiques of other areas, mainly located in the West part of the city. Two worlds co-exist side by side, in a distance of few kilometers. The urban development is now presenting a new dimension, with modern design and extravagant architecture.