Wadi Rum is the northern part of the Hisma Bassin that start at the Ras El Naqab depression and extend to the North of Saudi Arabia. Geologically, Wadi Rum mountains include several formations, with the earth crust granite bedrock, overlain by sedimentary deposits of different types of sandstones. Volcanic rocks are also present at different levels. Various episodes of uplifting and faulting produce the spectacular present-day configuration of that area. The large sandy plains that extend between the mountains are the result of the erosion. 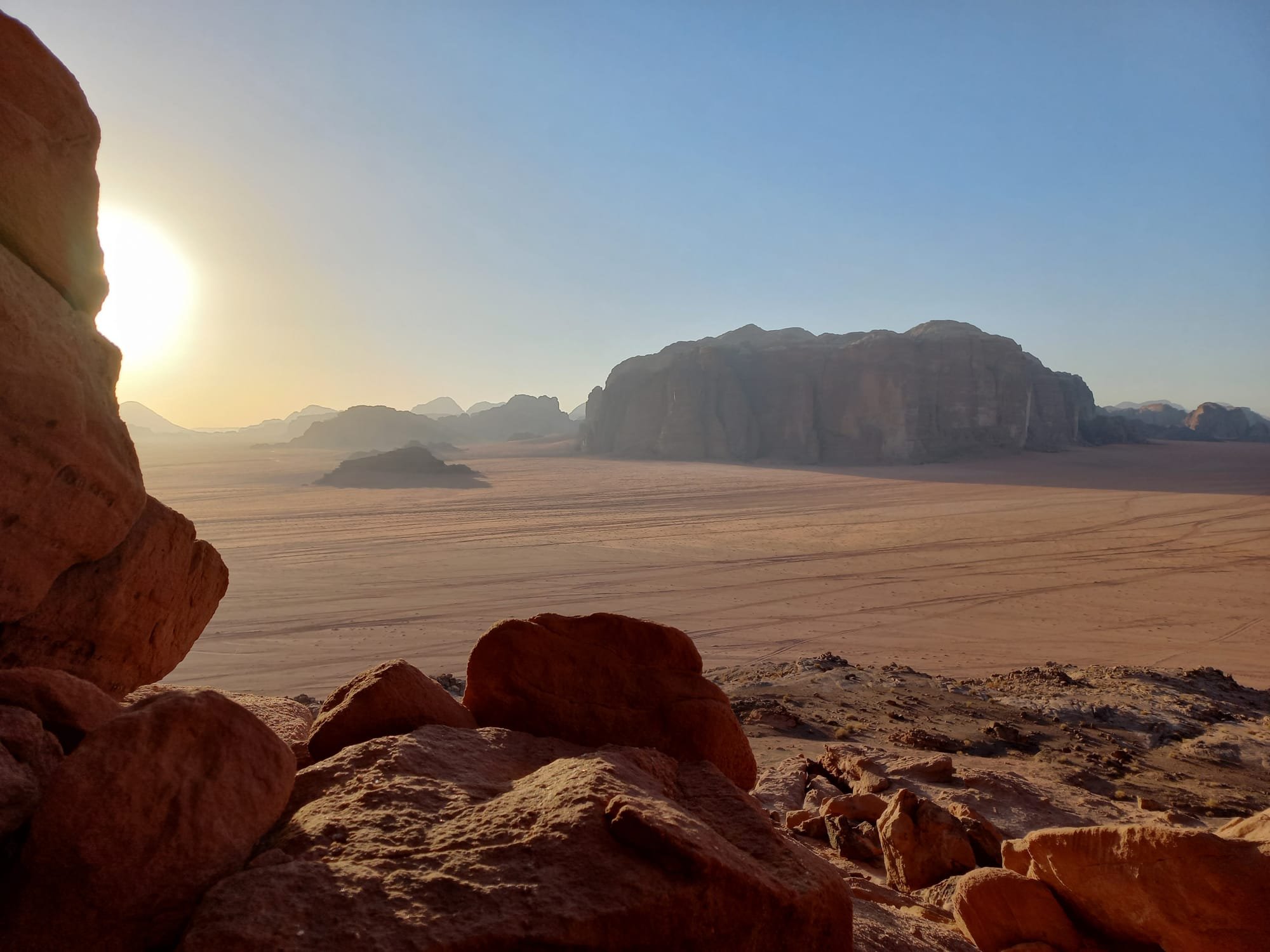 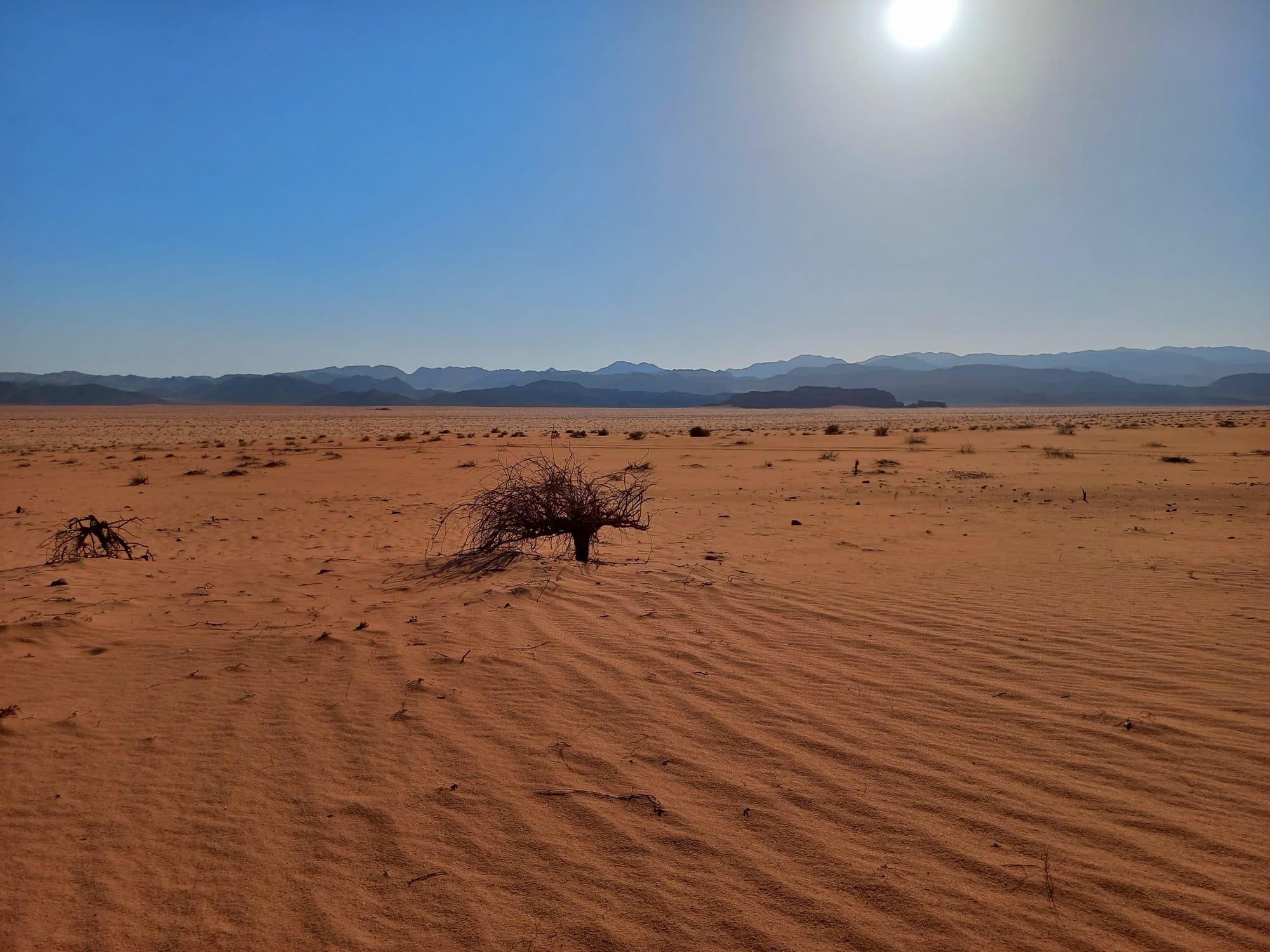 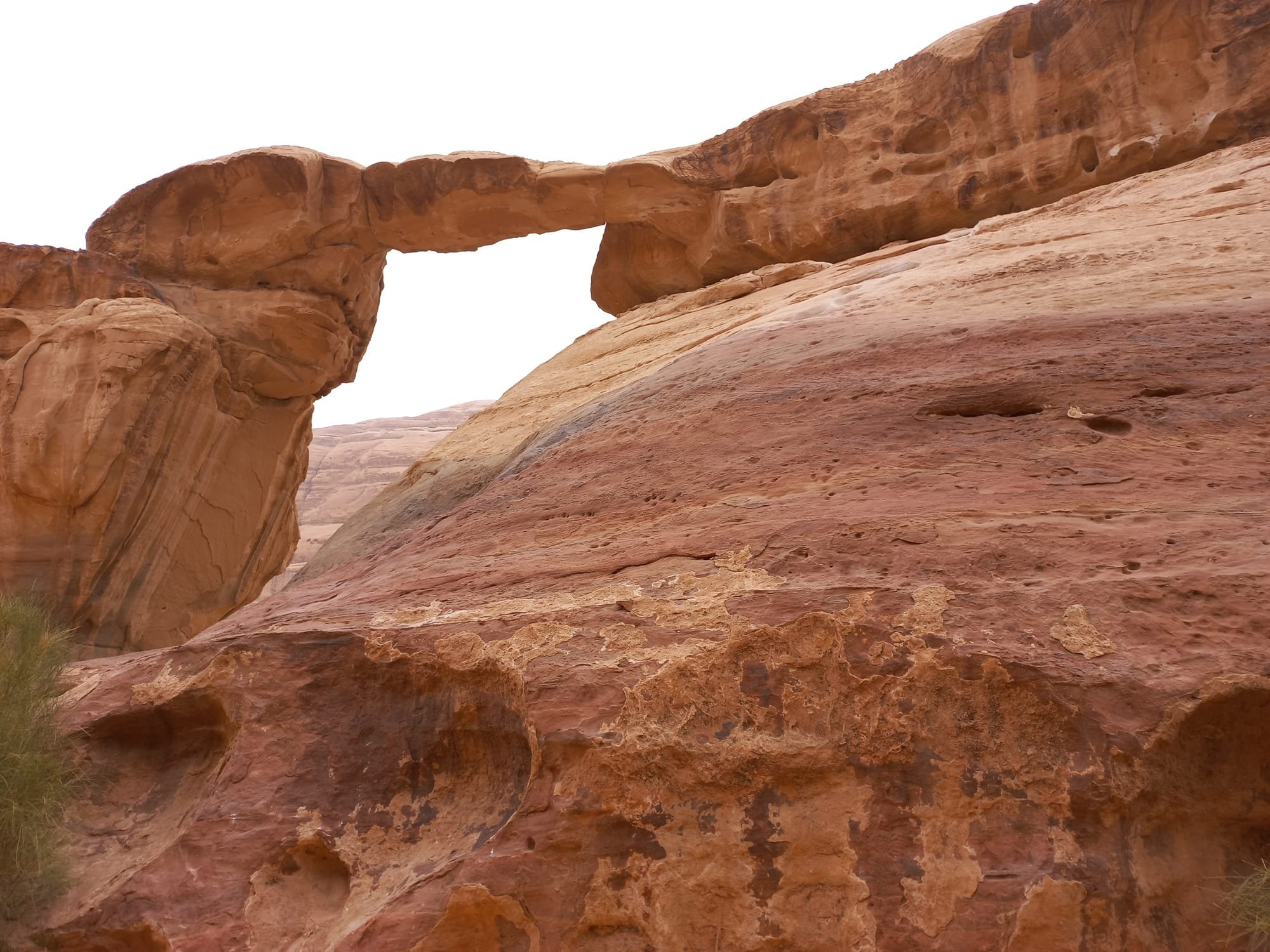 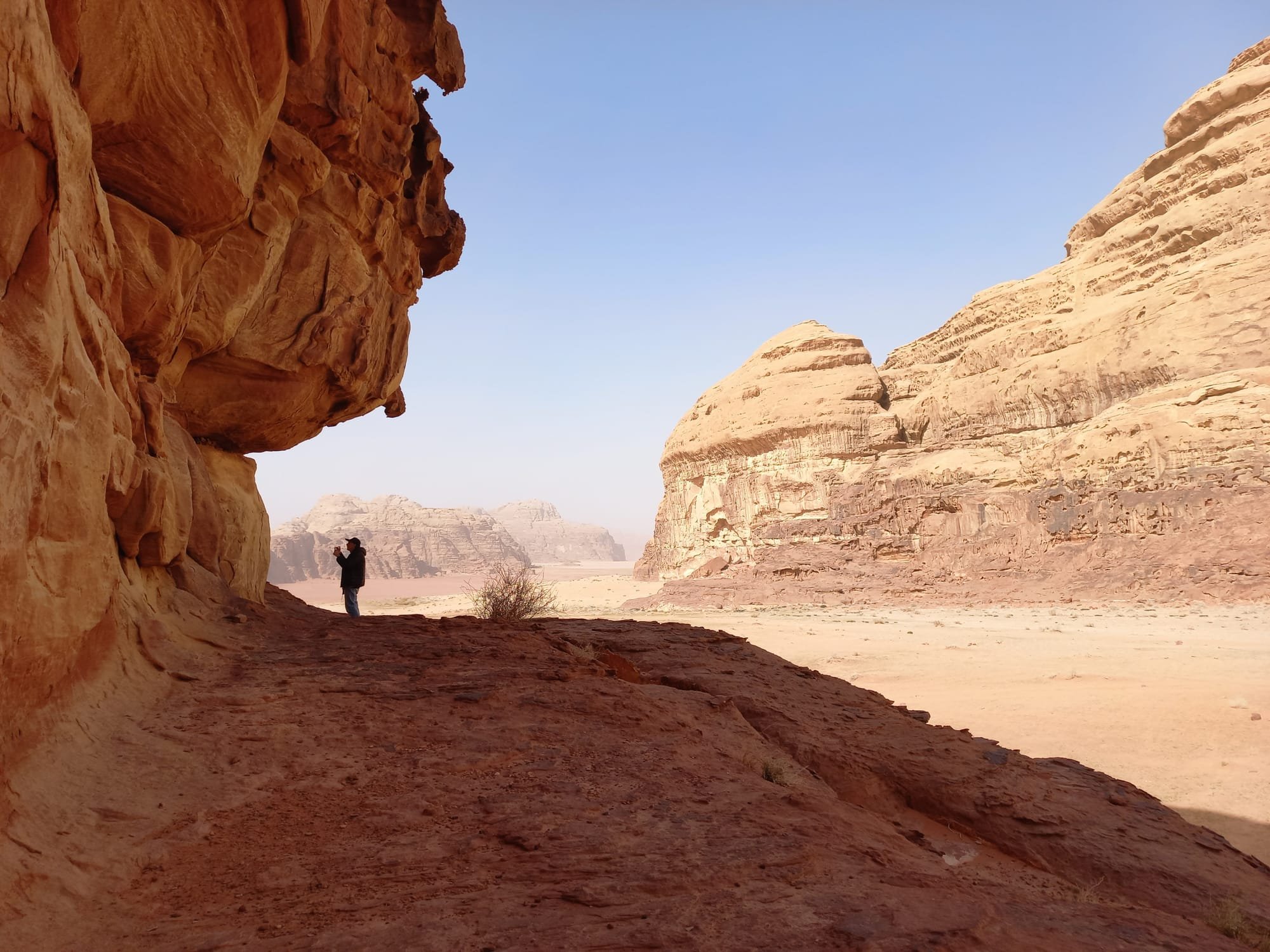 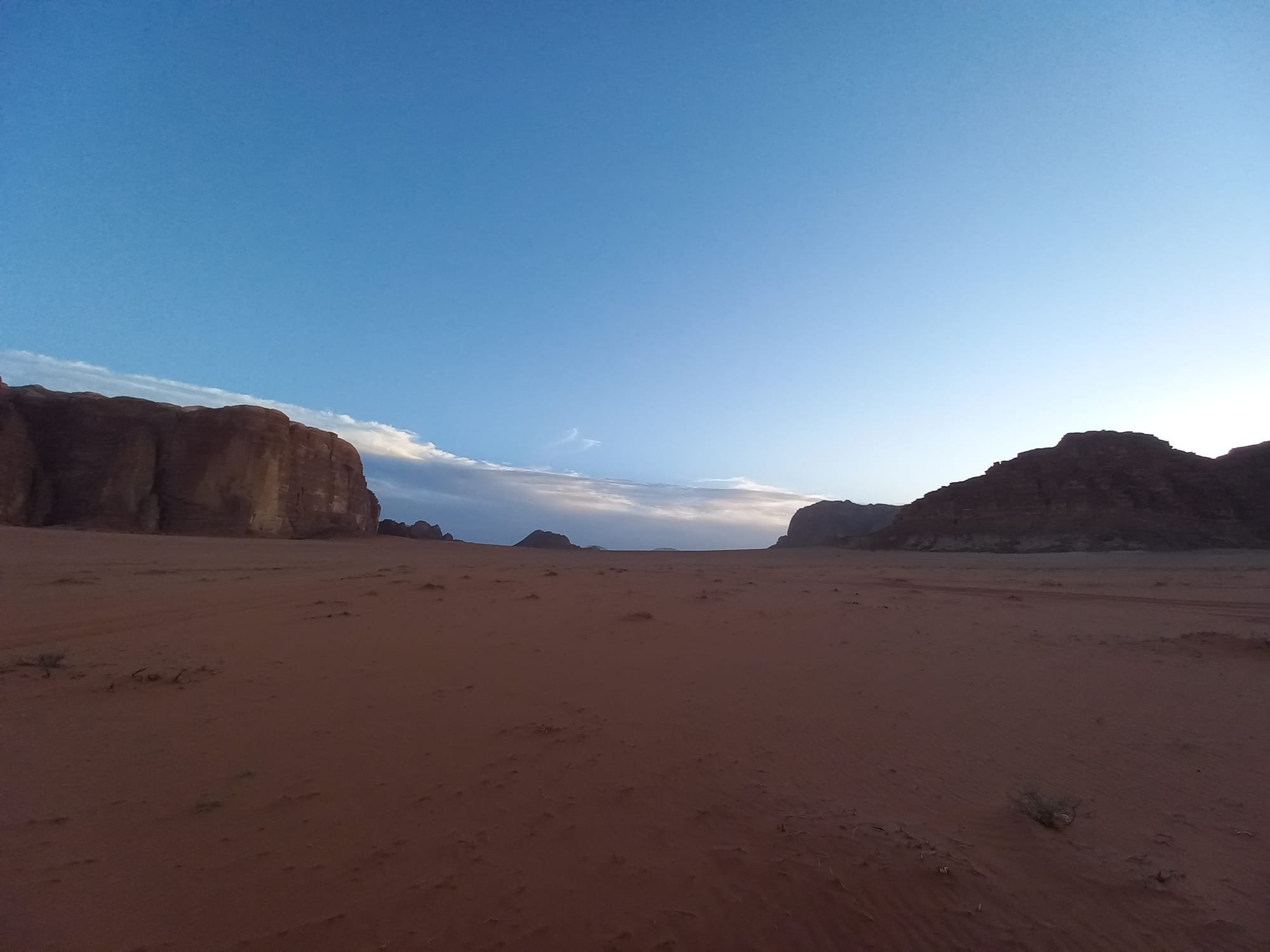 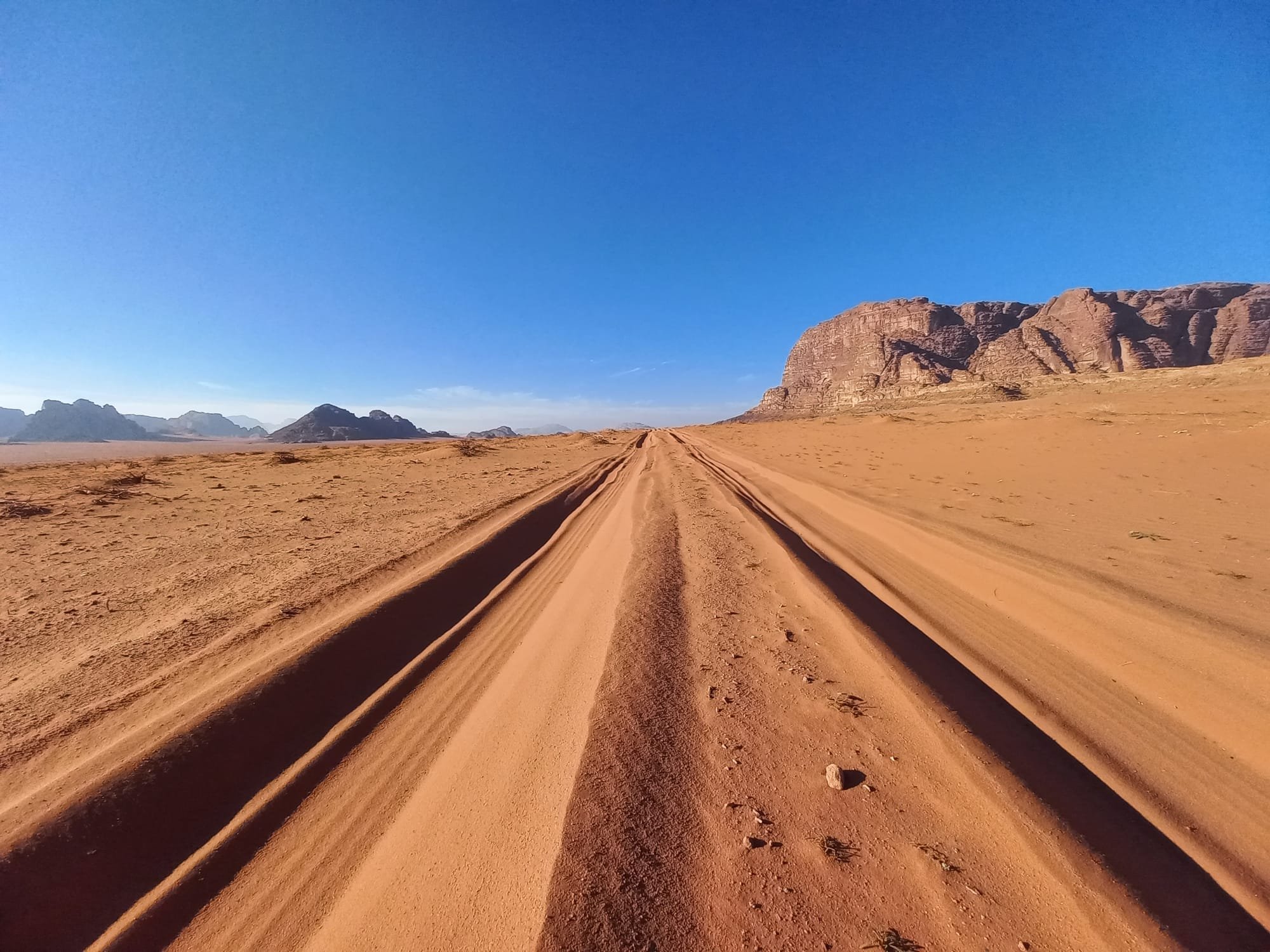 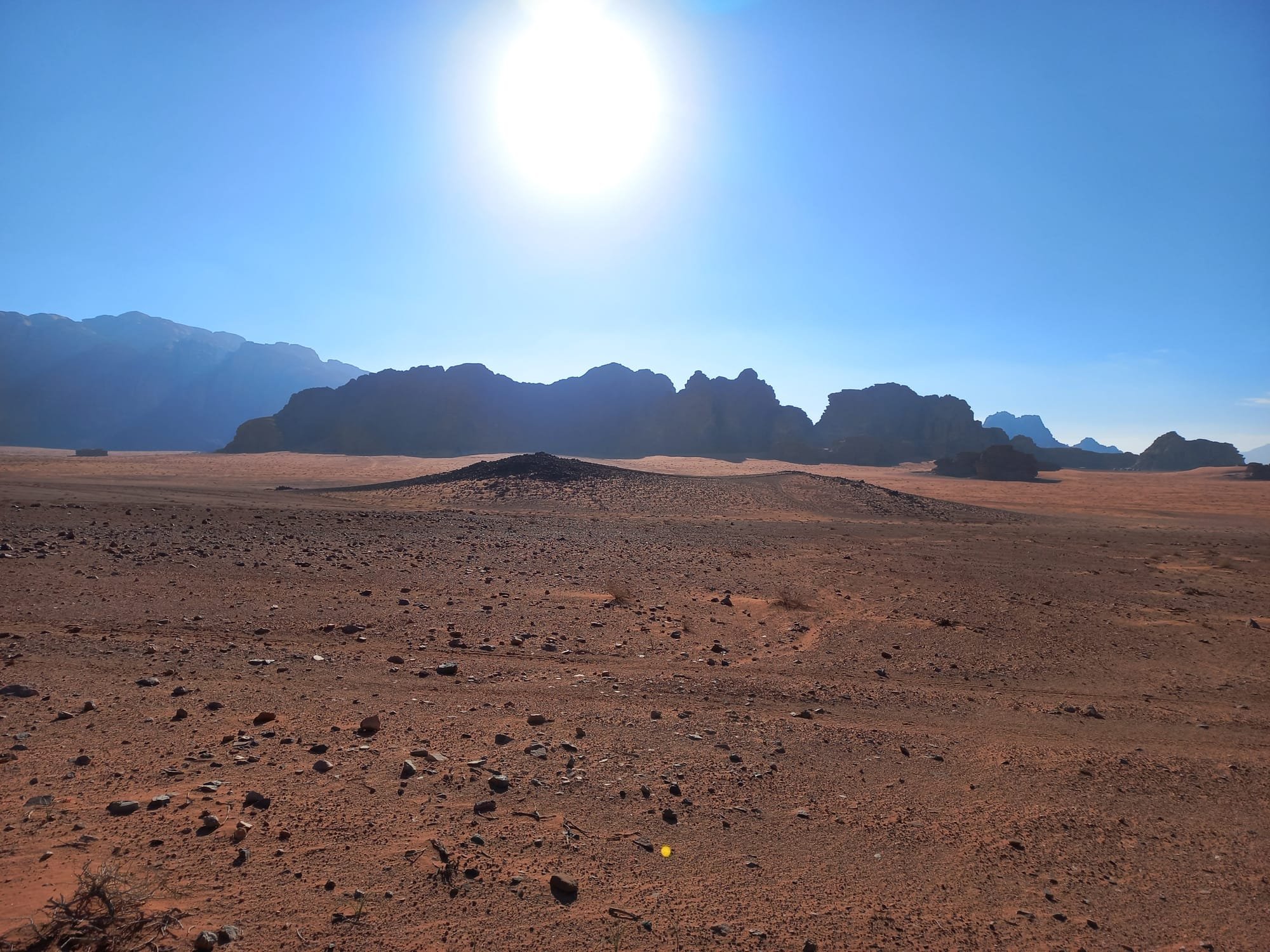 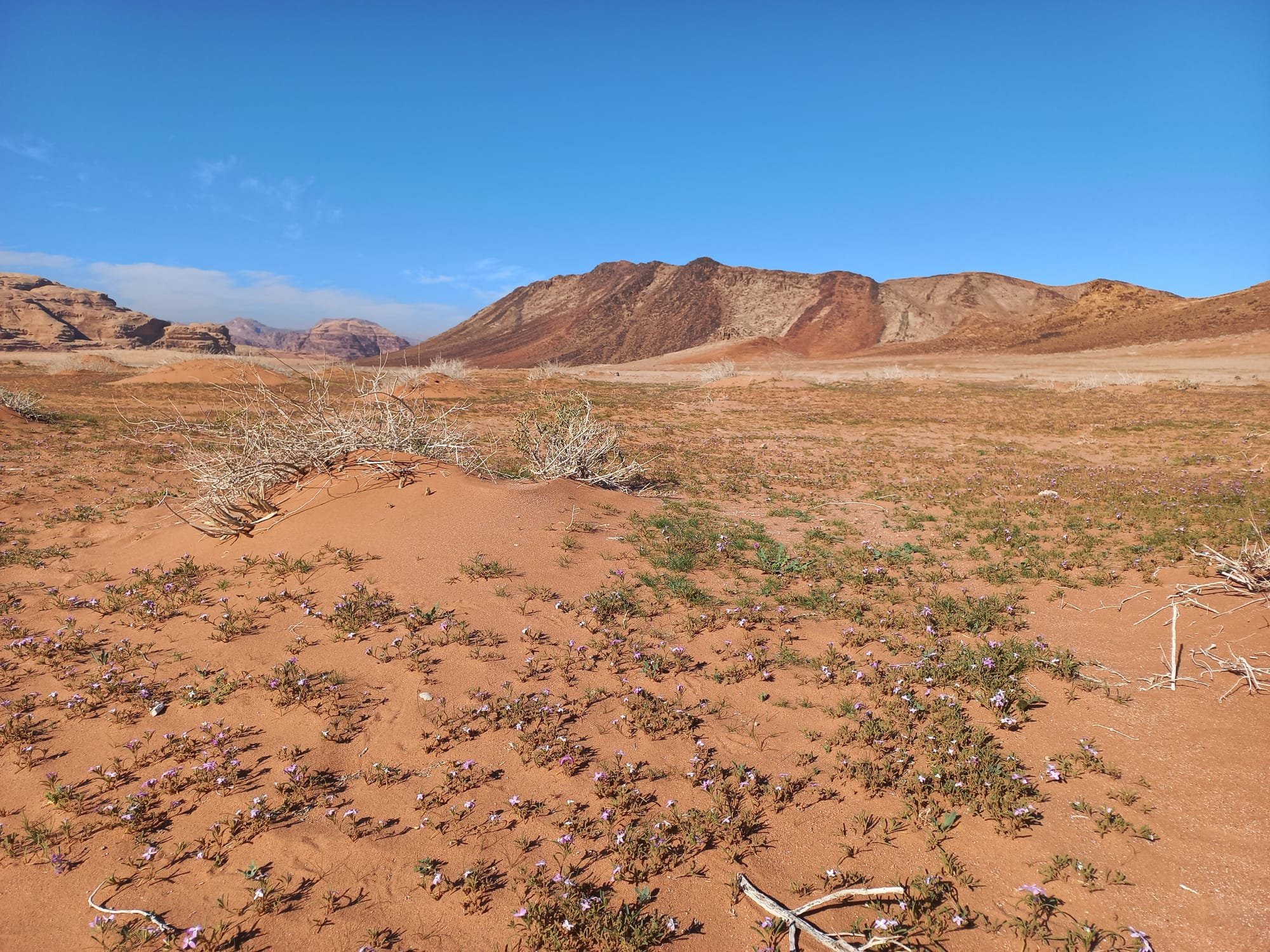 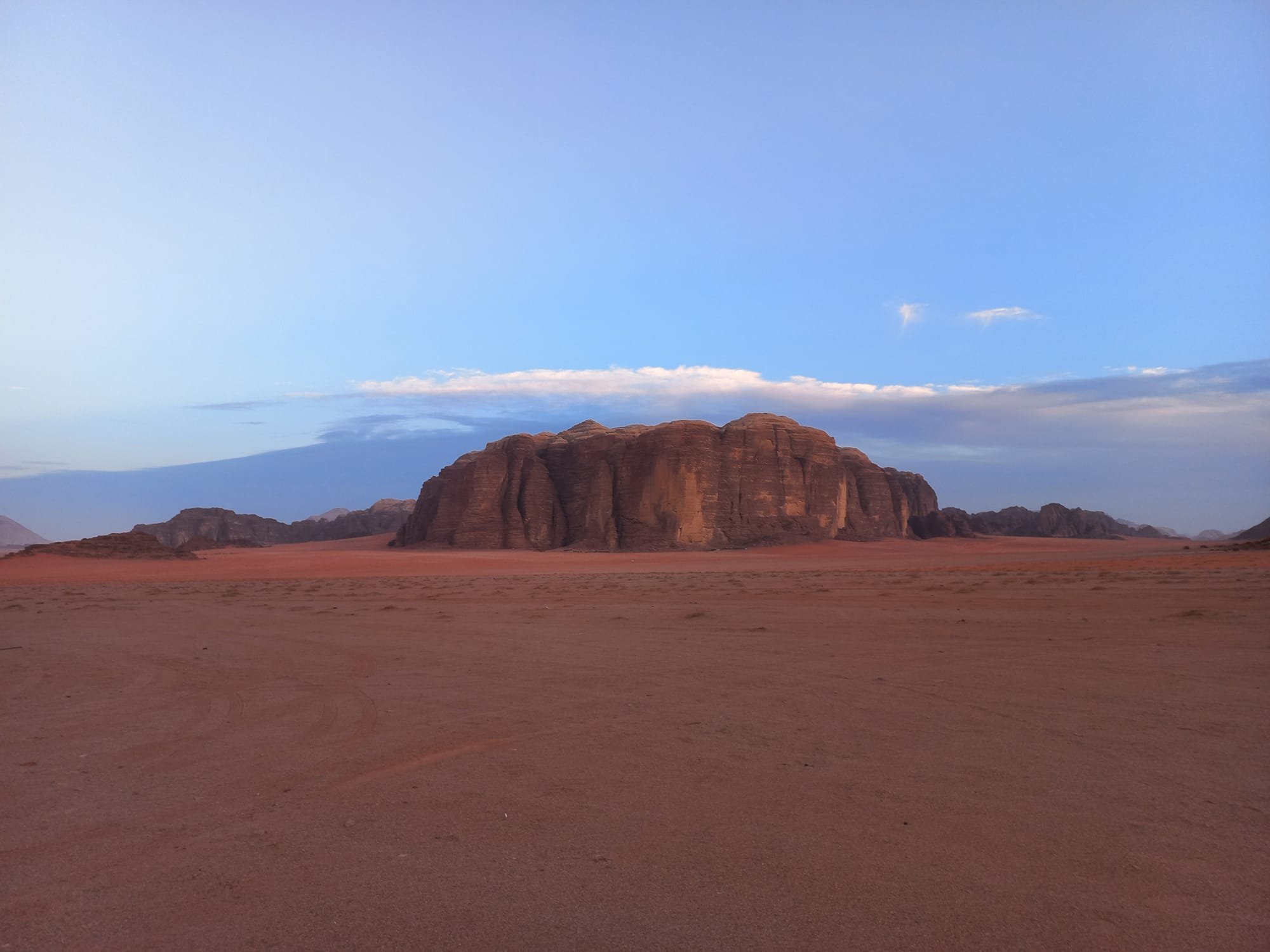 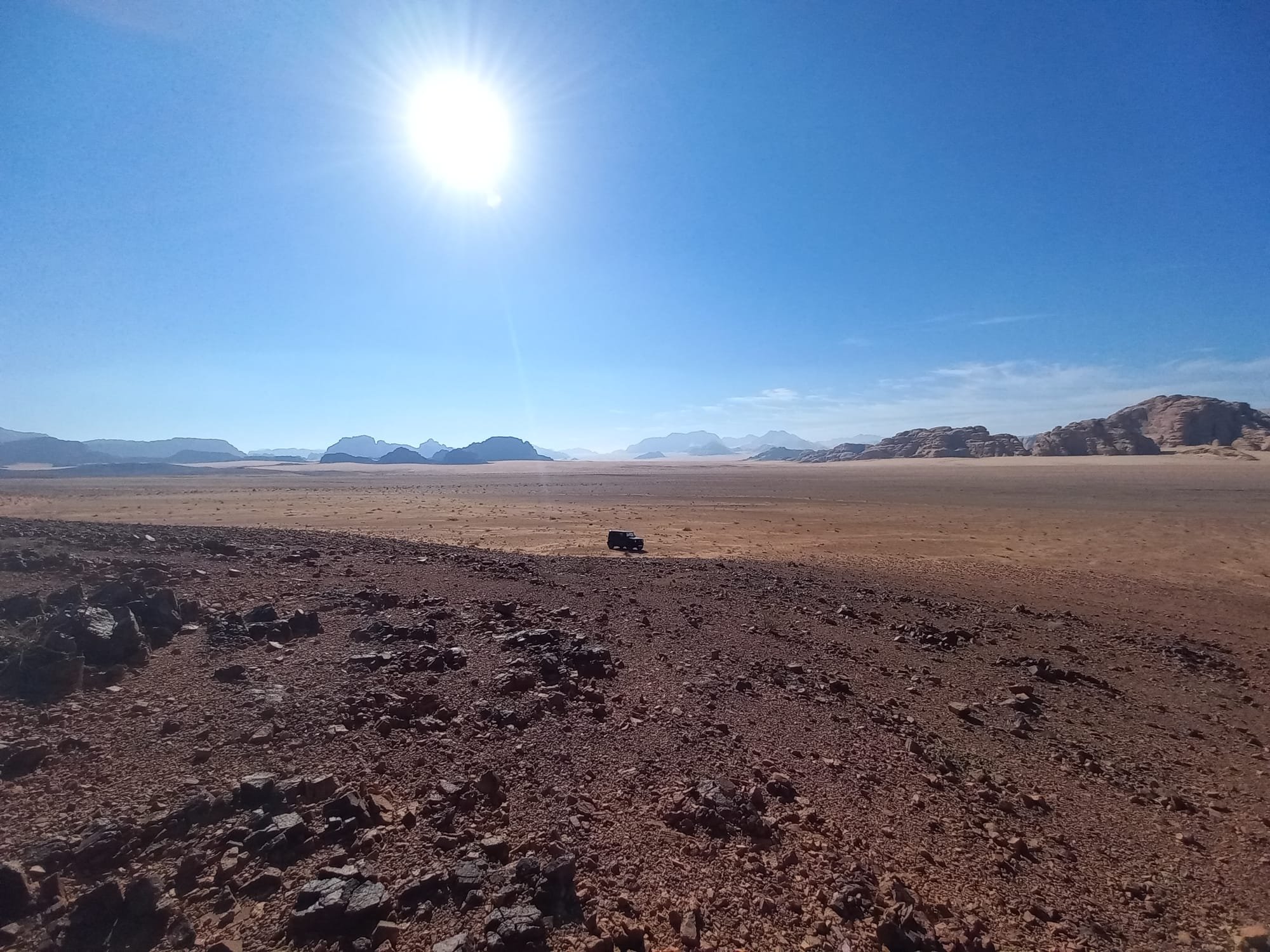 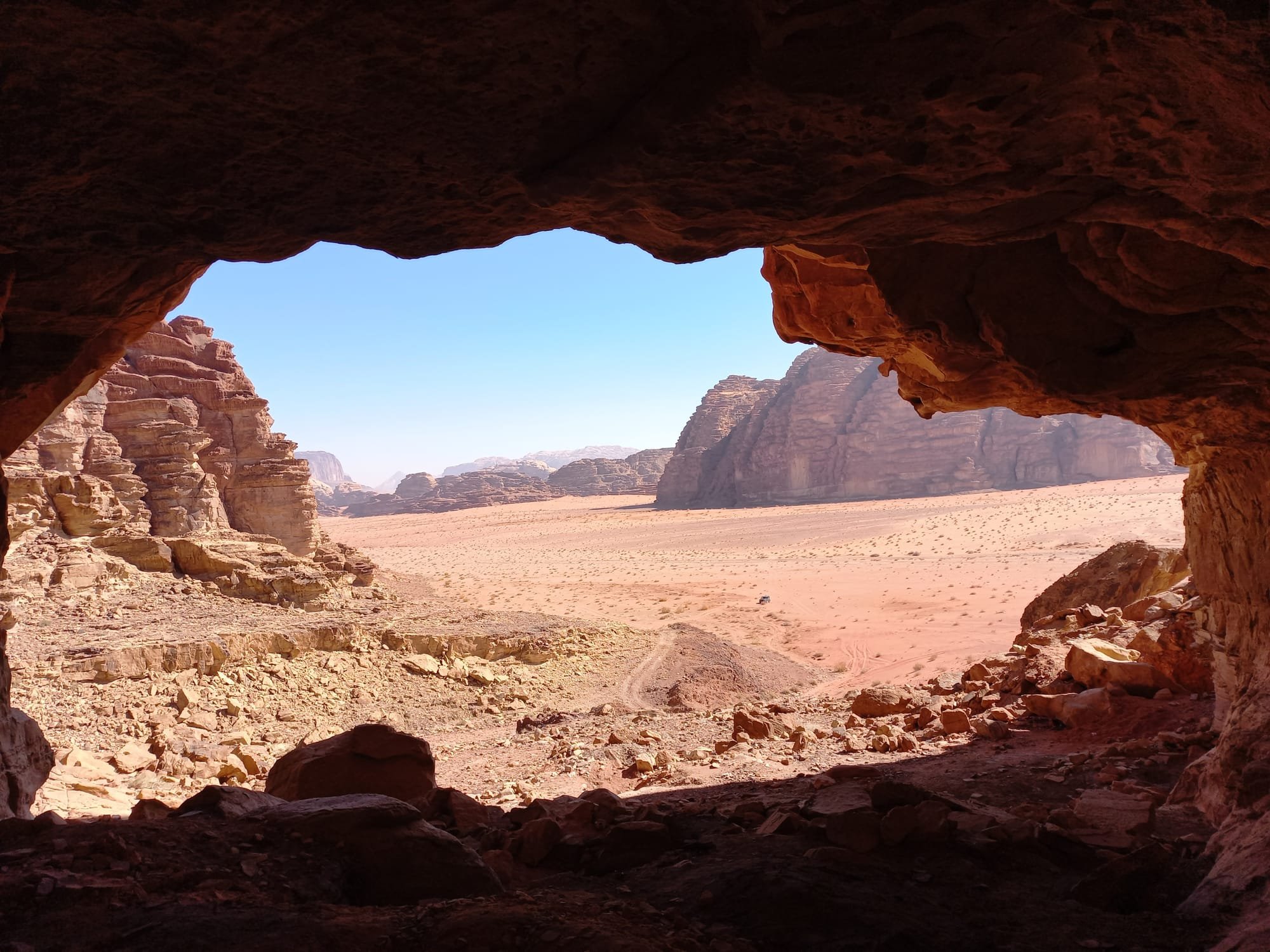 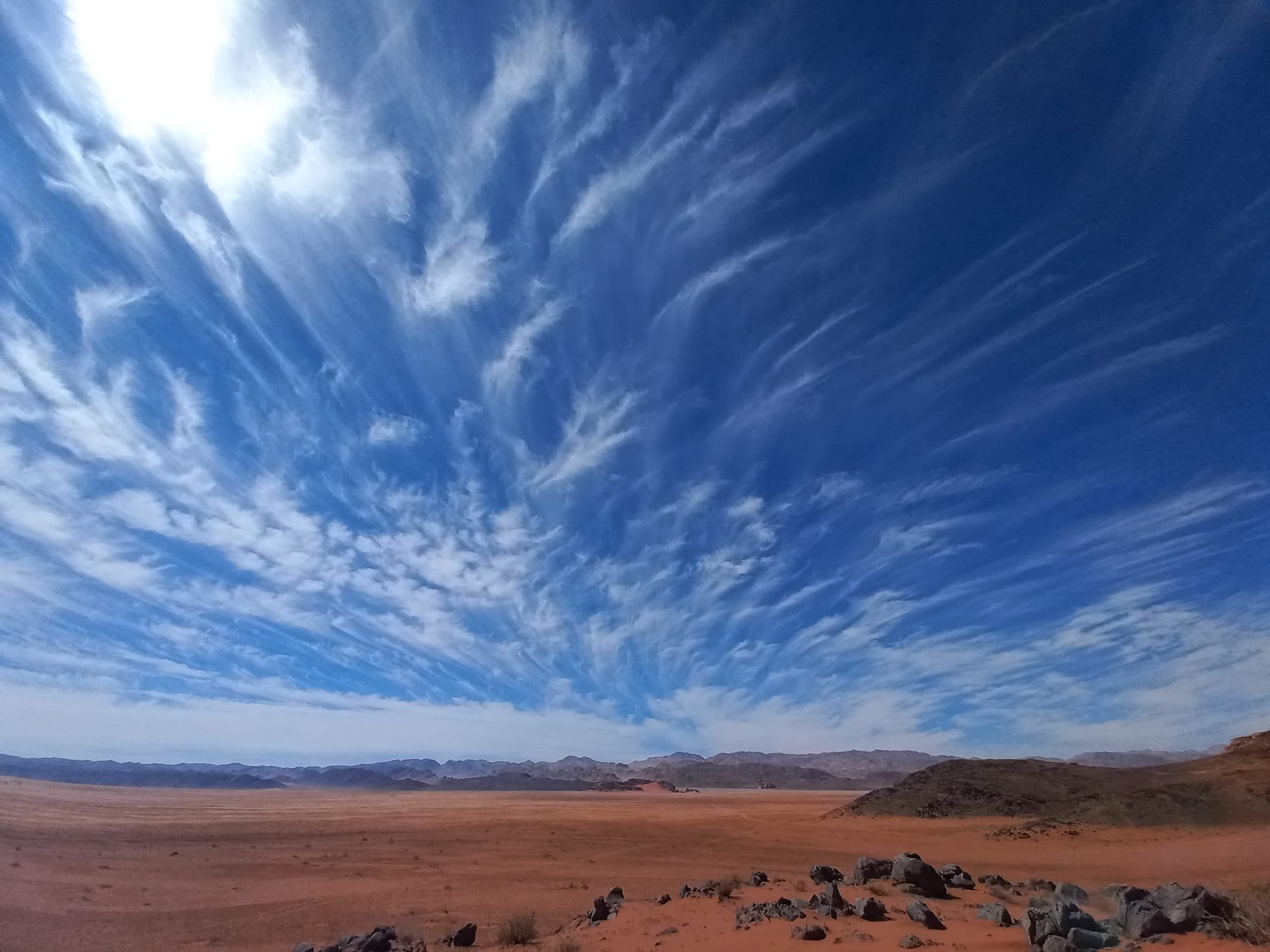 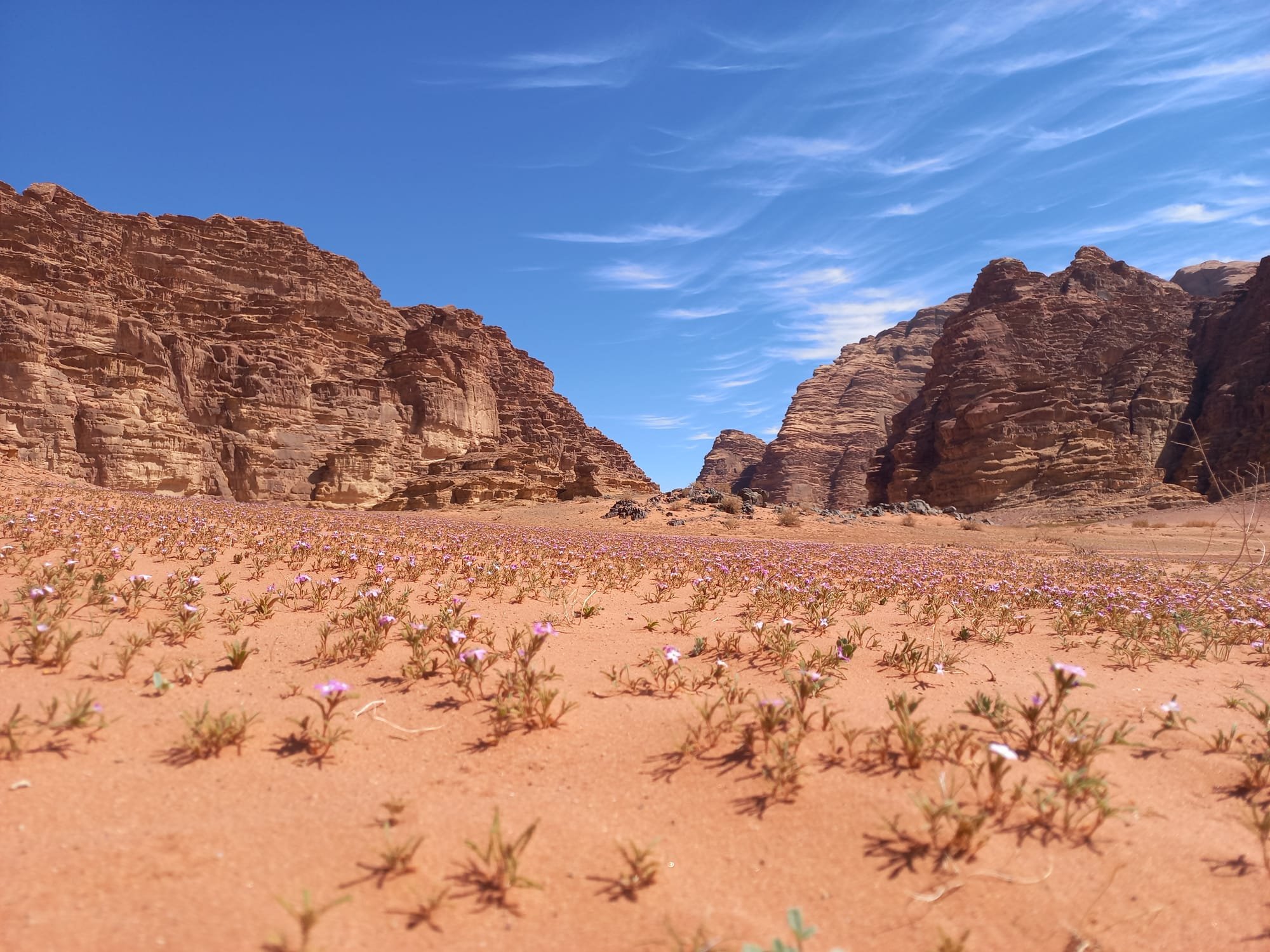 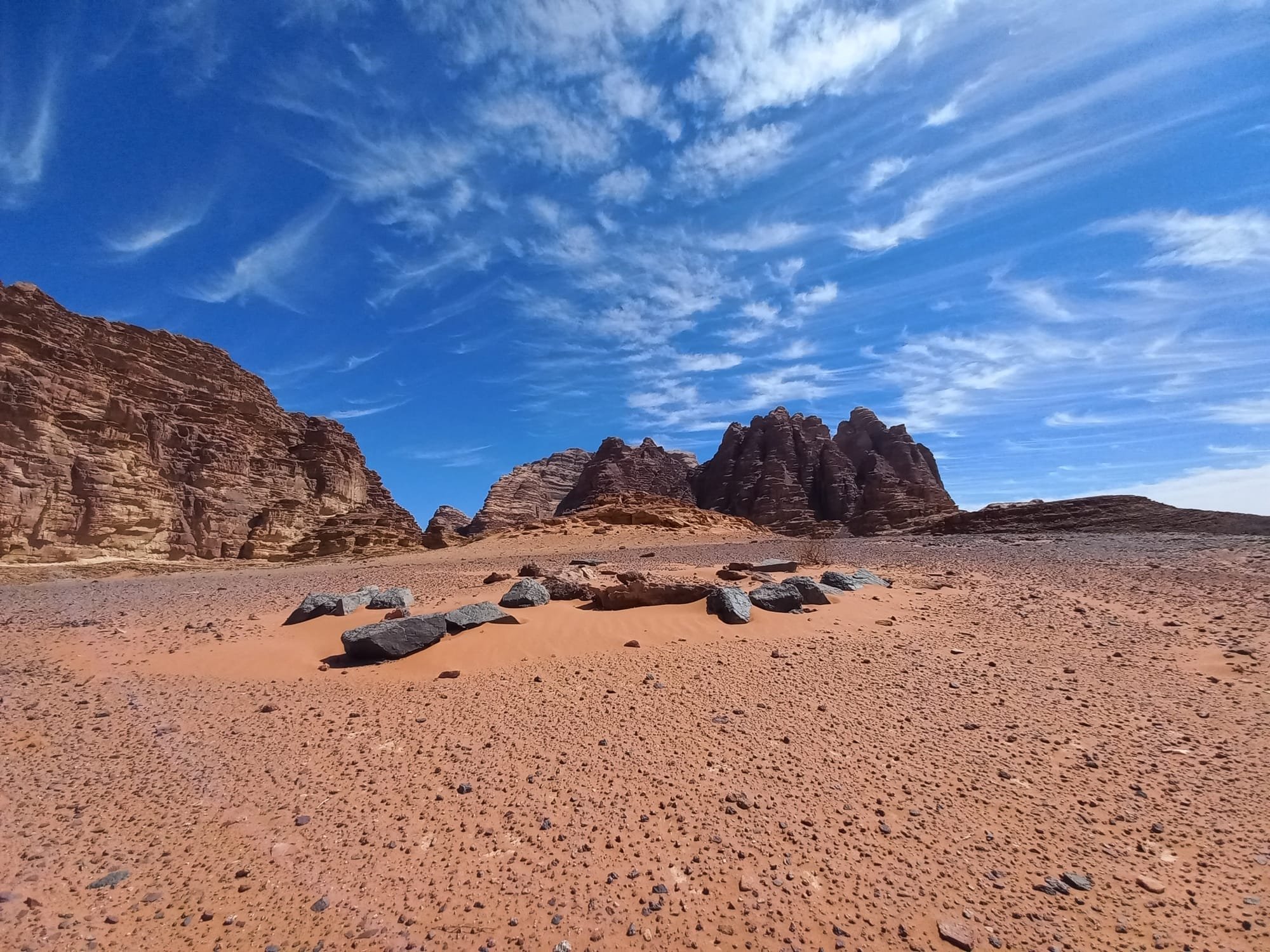 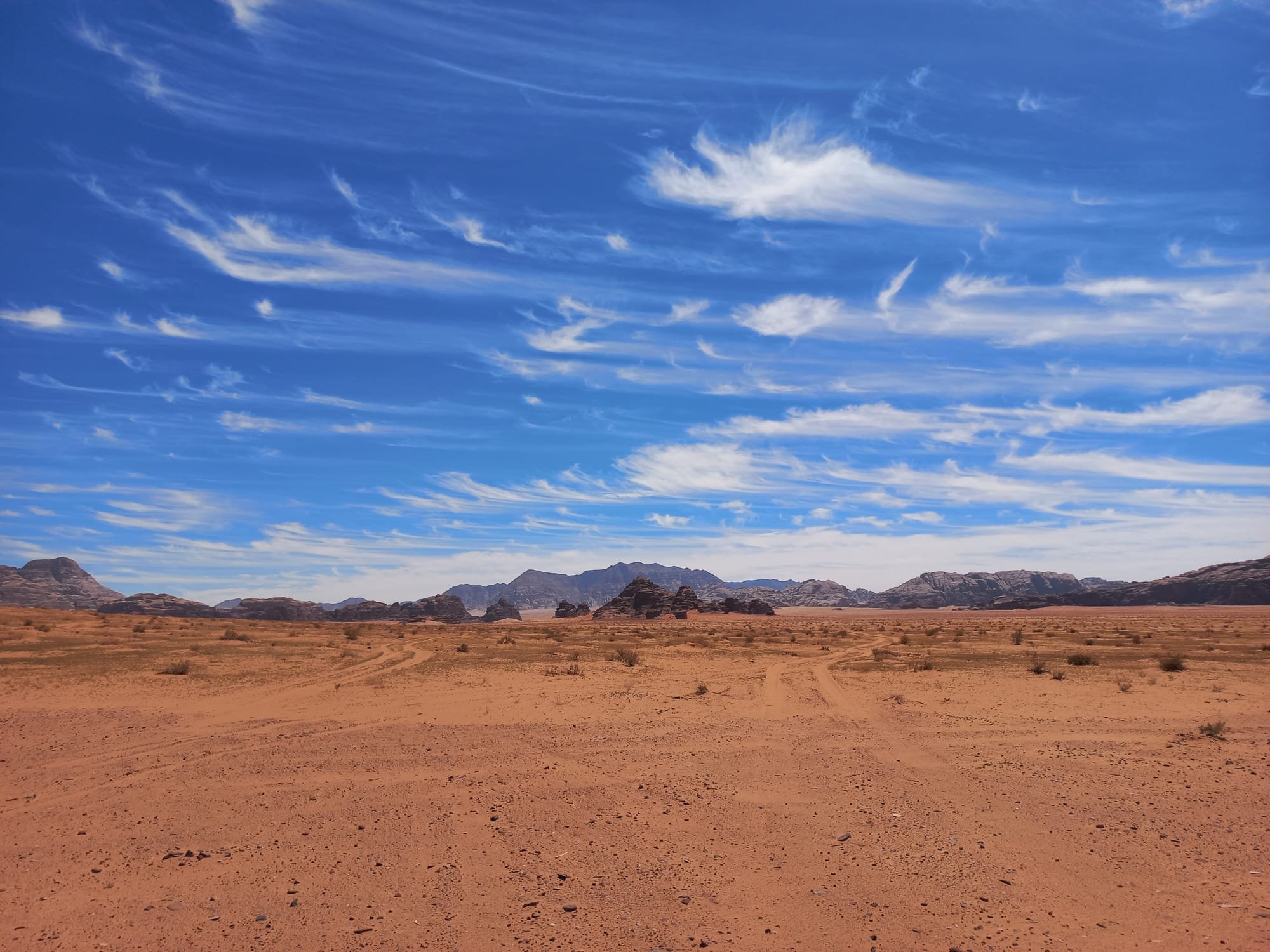 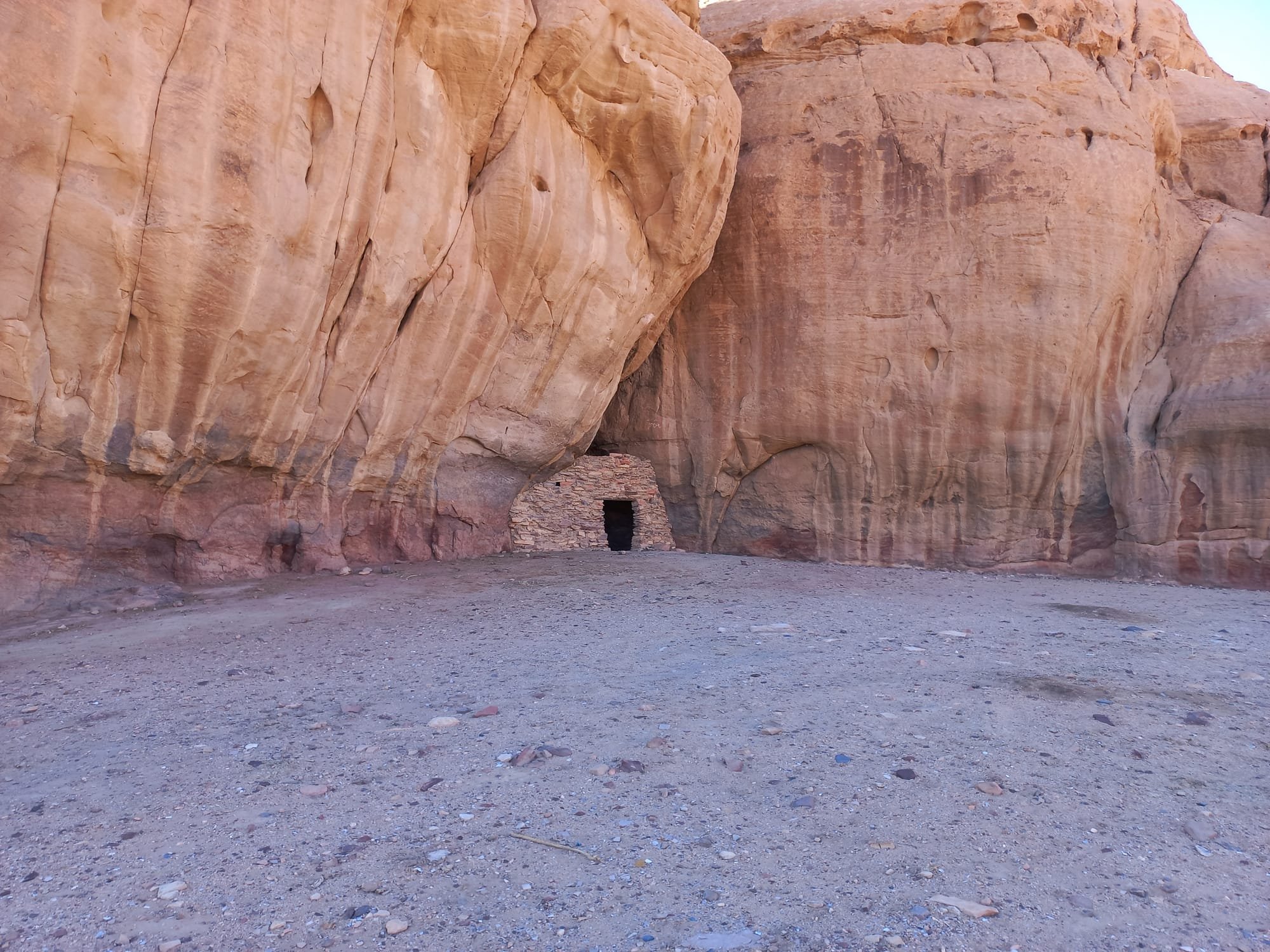 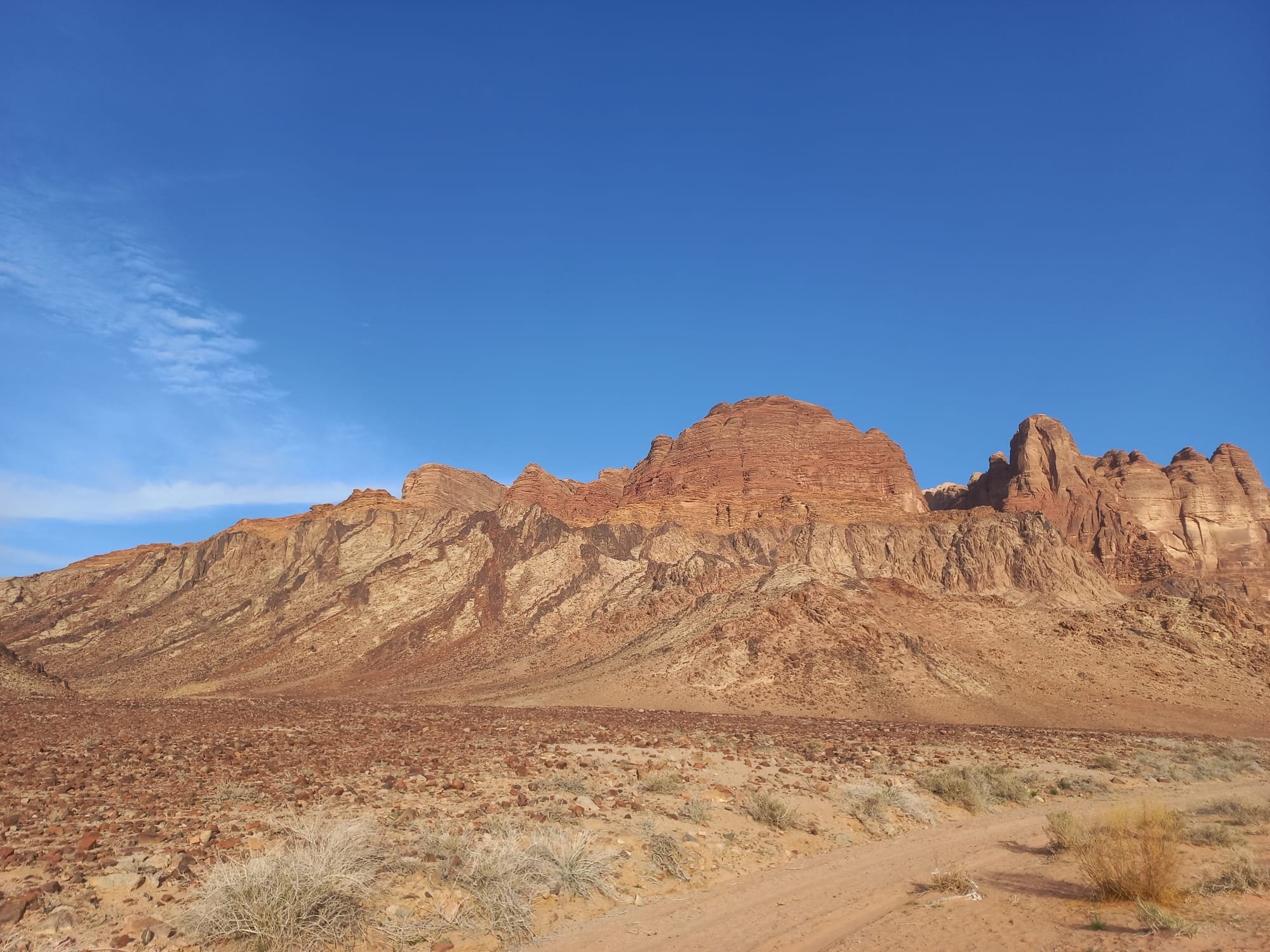 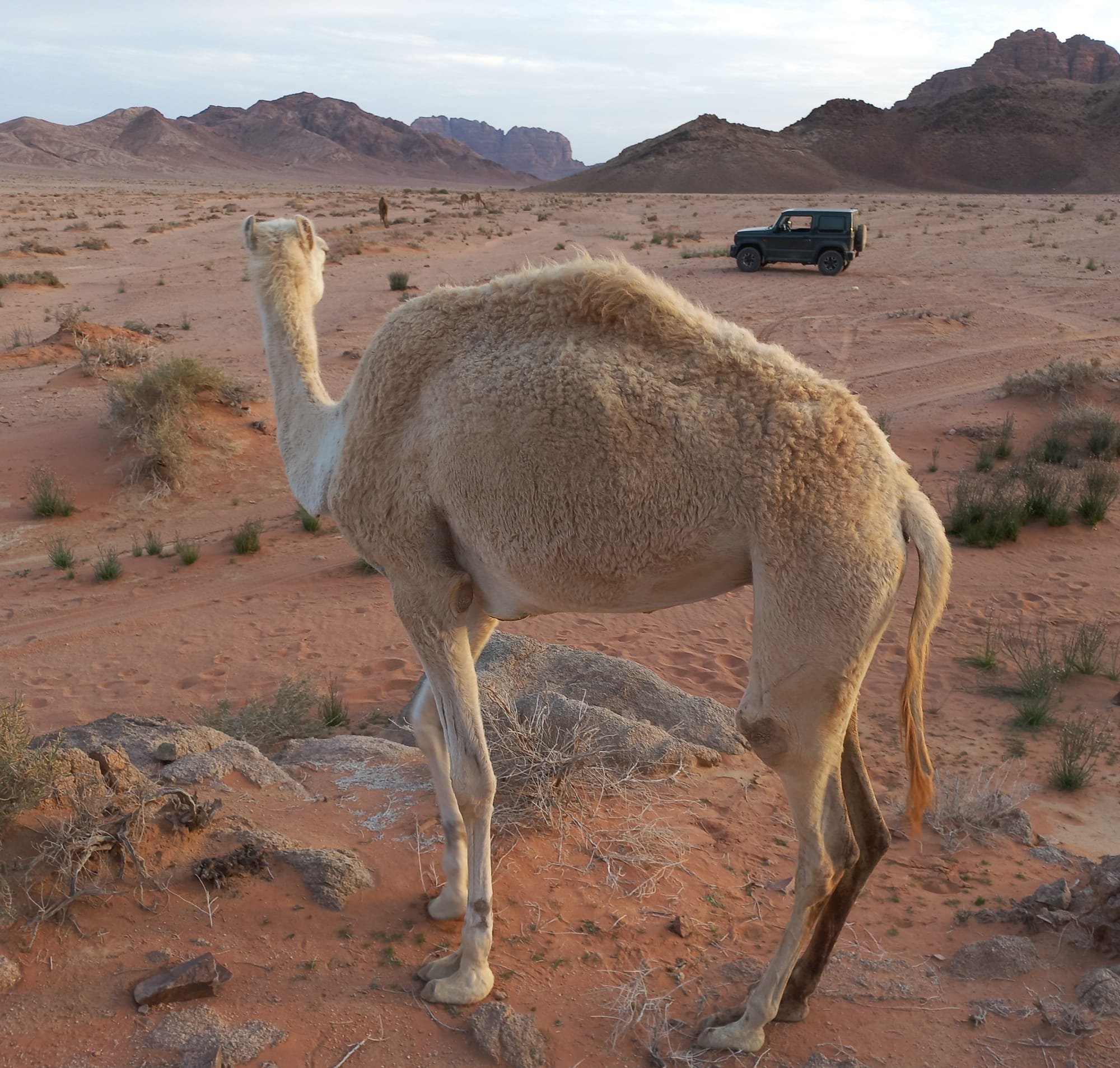 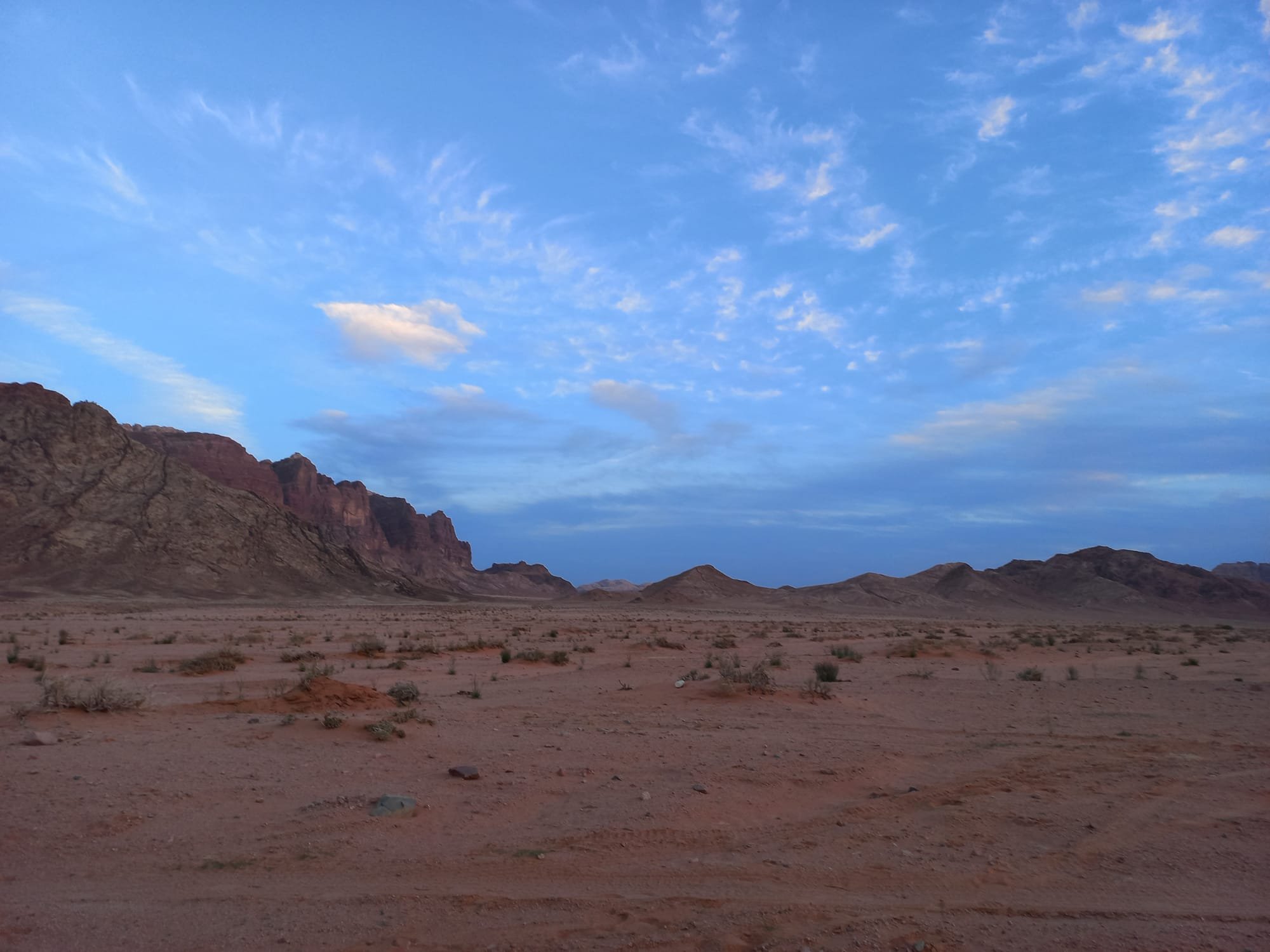 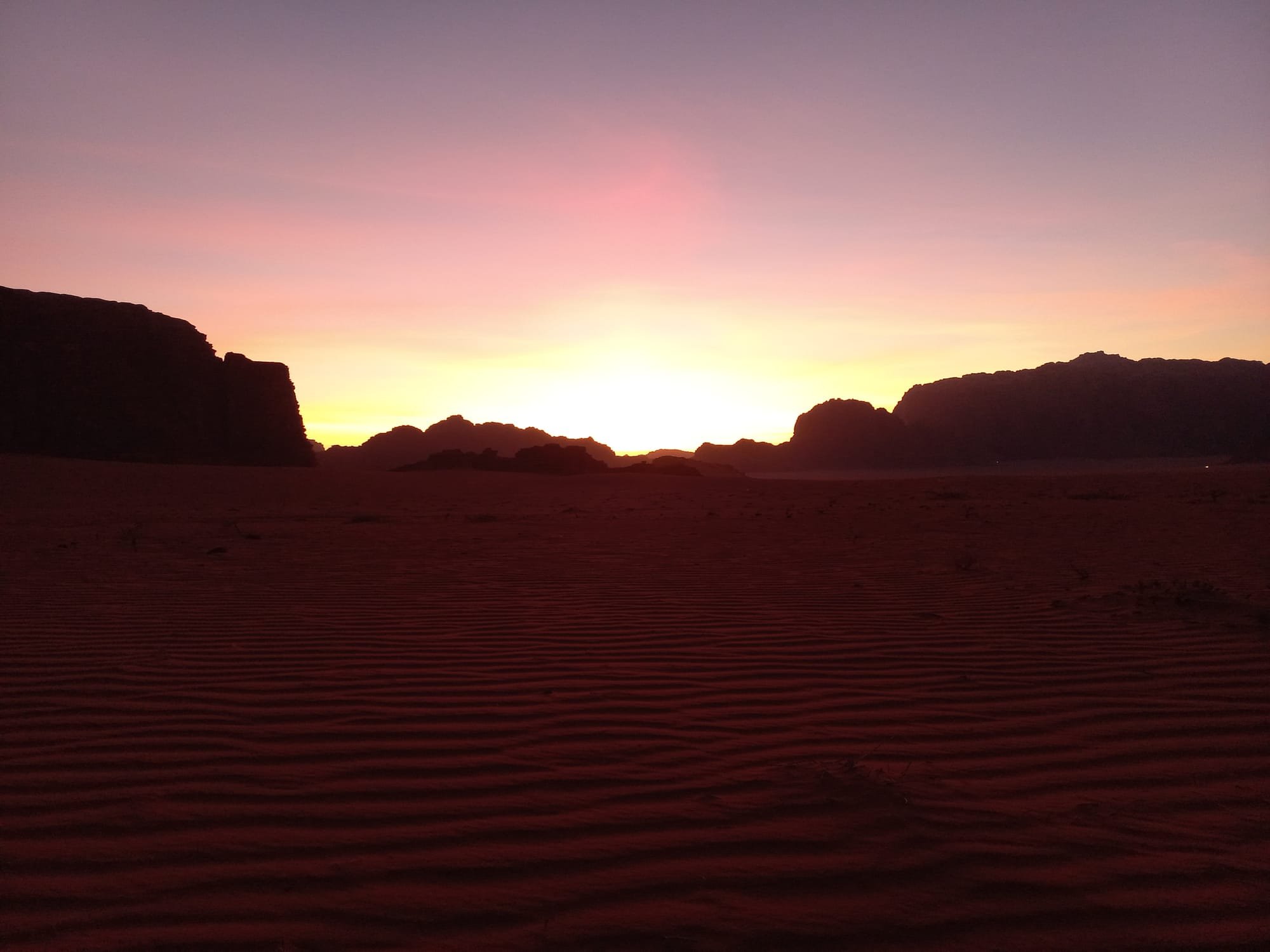 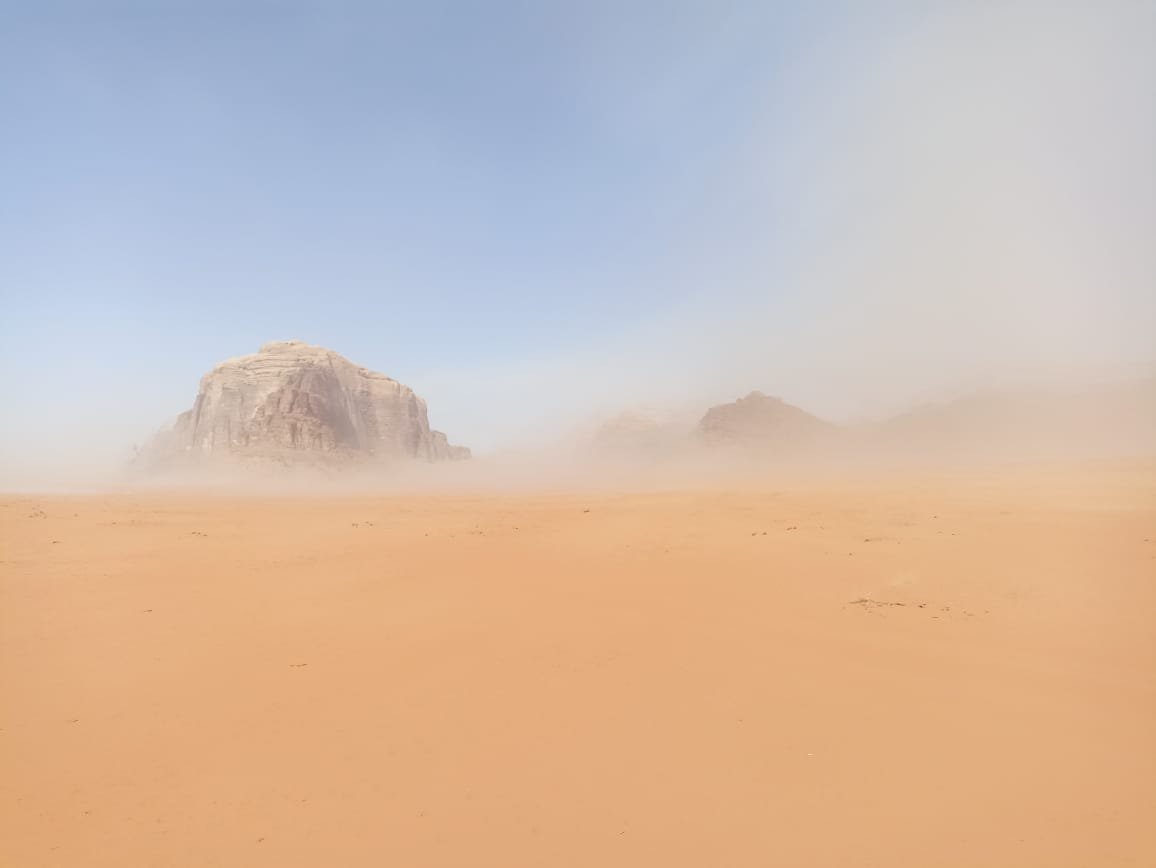 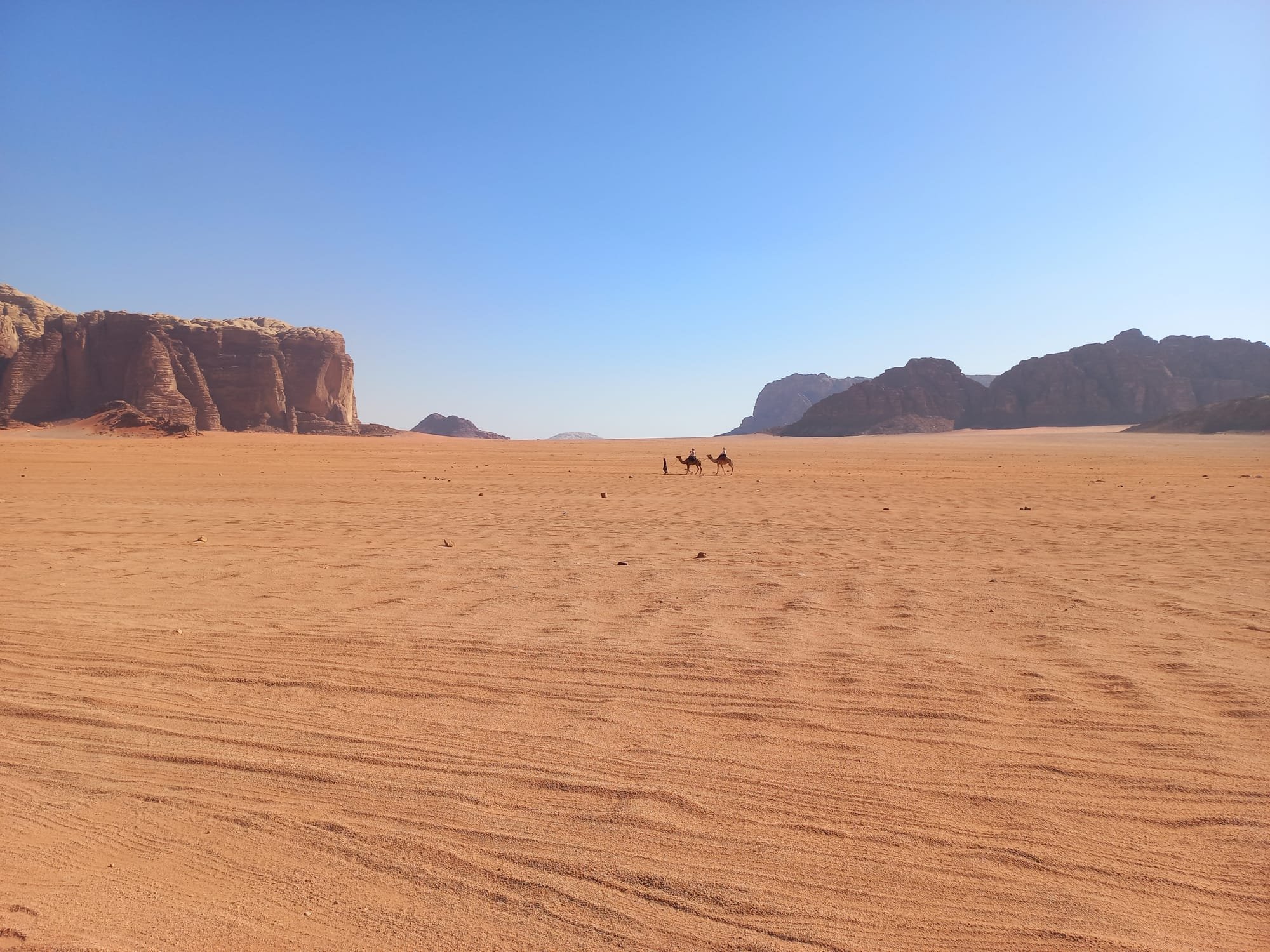 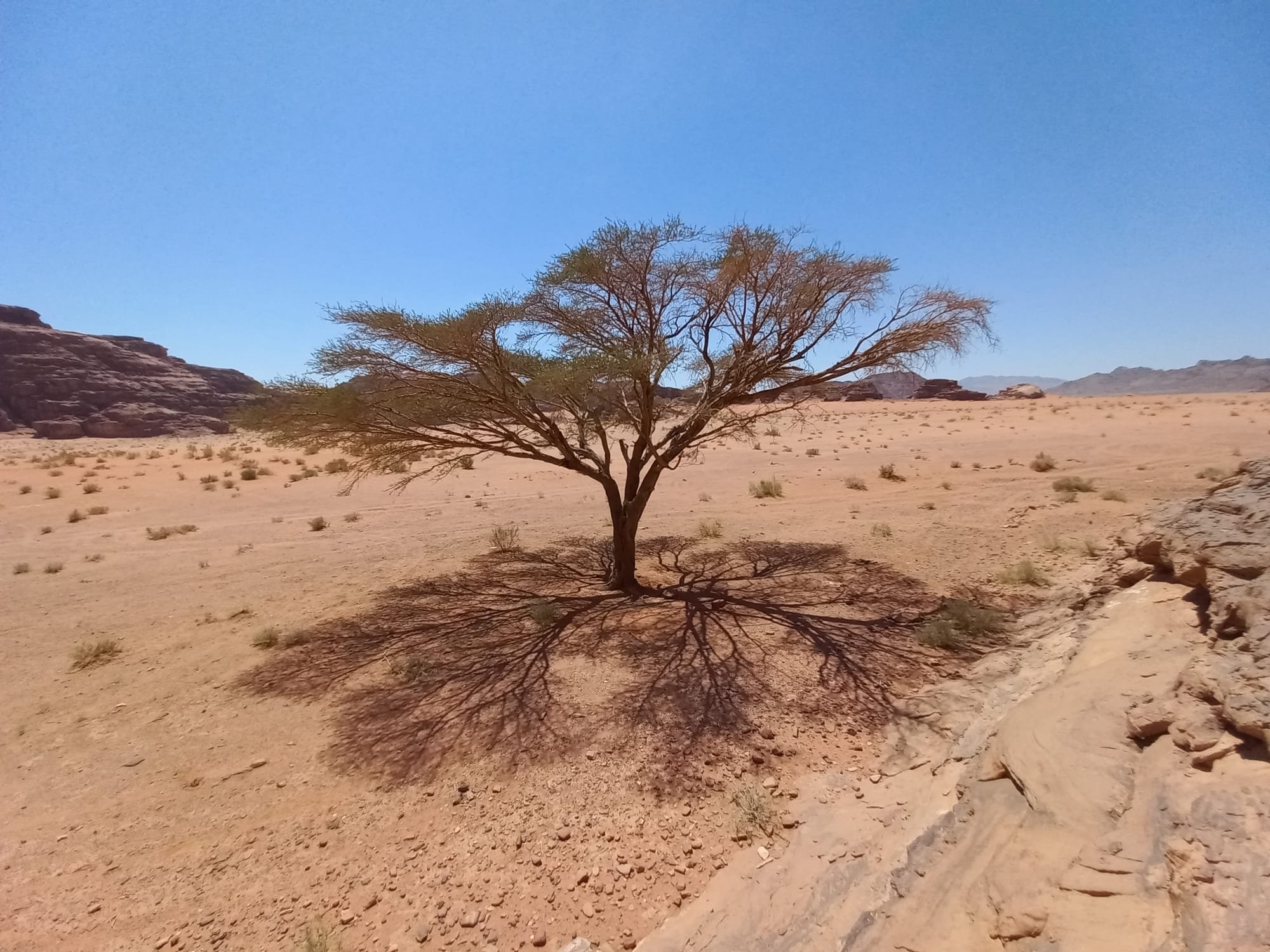 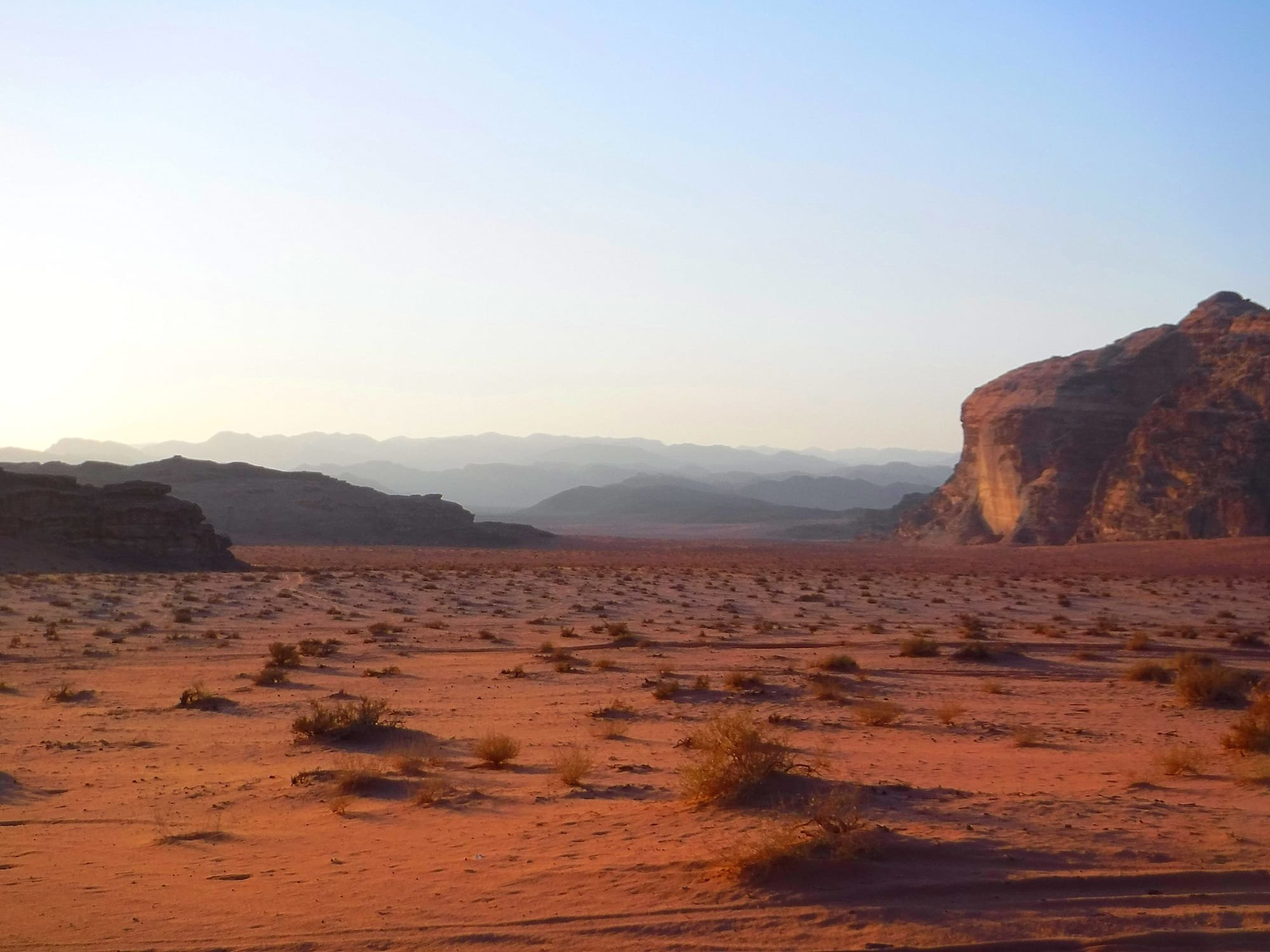