The granitic areas of South Jordan 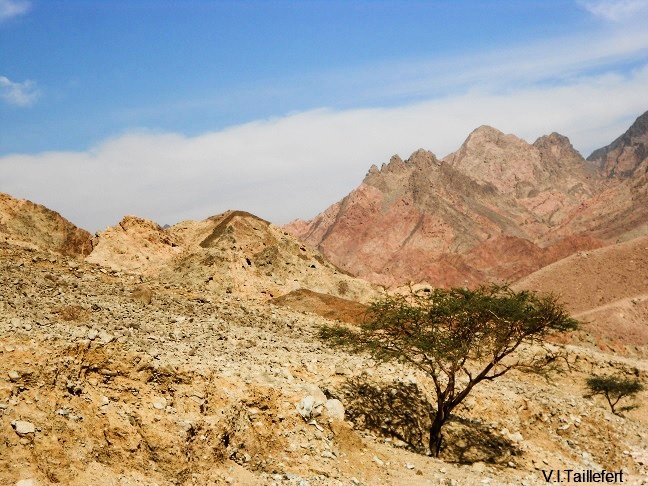 The most ancient rock basement of Jordan is visible in the southern edge of Jordan. It dates back 570 million years or even more. This basement is composed of granitic Precambrian crystalline with a predominance of feldspar, quartz and mica. It formed while they were at least 10 - 15 km under the surface, it means very deeply. This basement, which is actually part of the earth crust,  is infiltrated with sills of igneous rock of volcanic origin, which penetrated the granite when it was still lying deep under the surface and subject to high pressure and heat. Those conditions caused cracks that filled up with softer rock or lava. These veins are called sills if the infiltration happens horizontally between layers and dikes if it happens vertically in order to fill the cracks. Sills and dikes appear in the shape of ocher, green or black stripes on the slopes of mountains. The variation of coloration depends on the acidic or basic level of the elements.  Those phenomena are observable in the Wadi Yutum between Wadi Rum and Aqaba, in the mountains behind Aqaba and in the southern part of Wadi Araba.

The erosion of the granite caused an alluvial material which obstructs the bottom of the wadis and the slopes of the lower hills. Savannah vegetation finds favorable conditions when water is sufficient.