The Dromedary or Arabian Camel 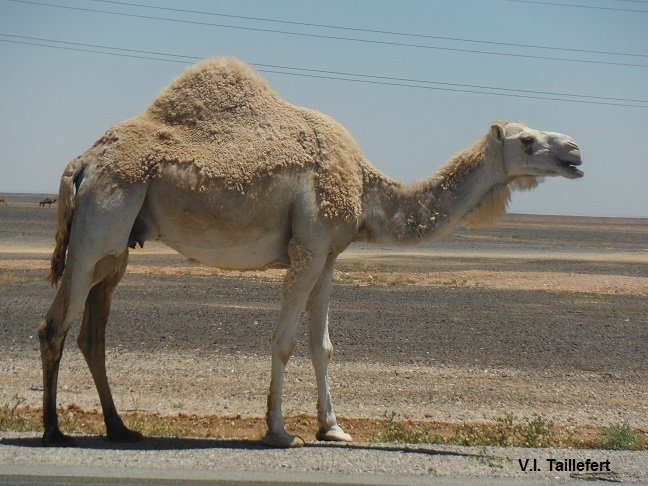 The Arabian camel is the iconic animal of Jordan. It is perfectly adapted to the desert conditions due to several particularities that other animals do not have. It has a difficult temper, pride and resentful. It possesses an exceptional memory. Its philosophical appearance is misleading: a camel can remember after more ...

...than 30 years if somebody mistreated him and would it find him again, it will try to kill him. A rutting male (January – February) is a dangerous animal. Only the owner can approach it during this period. Anybody else would risk his life. Moreover, not all the camels are ready to accept the contact from strangers. Indeed, be careful and always ask the green light from the owner before approaching a dromedary.

Here are some features that allow the Dromedary to survive in desert environments:

- Its hump is not a reserve of water, but a reserve of energy in adipose form. The complex metabolism of the Dromedary transforms fat into liquid when necessary. Its hump also acts as a thermo-regulator by concentrating fat reserves on the back, rather than on the whole body, which allows body heat to dissipate more easily.

- To provision its water needs, the Dromedary is able to absorb 200 liters of water in a few minutes.

- Its sweat glands are very few and differently distributed in its body than in other mammals bodies, which allows minimal perspiration.

What the Bedouins use to say about the dromedaries, commonly called camels :