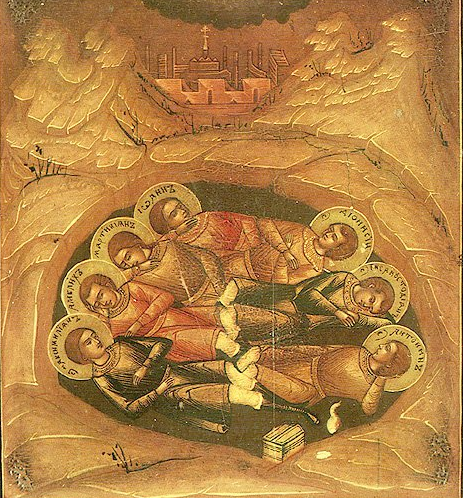 In the vicinity of Amman, a cave is now an important destination for the Muslim pilgrims. This place refer to the story of the Seven Sleepers. The Late Christian tradition spotted the story of this miracle in Ephesus, in Turkey. However, it seems that Ephesus was not the original site of those events, if we follow an earlier Christian pilgrimage tradition, maintained alive by the Islamic accounts...

Based on the testimony of the Prophet Mohammed himself as well as on archaeological excavations, Muslim scholars situate the cave in the south-eastern outskirts of Amman, in the village of Abu-Alanda. During his youth, the Prophet Mohammed often went on a journey from Saudi Arabia to Syria in the accompany of his uncle. He used to stop in the village of El Raqim, where, according to what he said, the Cave of the Sleepers was located.

The Seven Sleeper story is the following: a group of young Christian people took refuge in a cave to escape a persecution, maybe during Decius' reign of Decius (middle of 3rd century). The number of  the people varies depending on the sources between three, four or even six. One version states that six people met a shepherd and his dog, which raises the number to seven or eight if we include the animal. They all stayed immured in the cave and fell asleep. According to the Muslim tradition, they survived in a miraculous hypnotic state for 309 years, by the grace of God. When they awoke, one of them went down to the market and realized that the coin he had in his pocket was not valid and belonged to an ancient time. He was then brought in front of the governor, who asked him to show him the cave. Once the miracle acknowledged, the group of young people returned in the cave and found there an eternal rest.

The cave that we can visit today is a tomb of Roman-Byzantine type with alcoves. It is integrated into a Byzantine cemetery, which could be the cemetery of El Raqim, the town where the Prophet Mohammed used to stop by. The facade is decorated with columns and niches of a Hellenistic-oriental style. Inside the cave, the two lateral alcoves contain empty tombs. However, one of them contains human bones that can be seen through a window. They are told to have been collected on a platform situated at the bottom of the cave and are presented as those of the sleepers. In 1963, archaeological excavations unearthed a tomb at the entrance of the cave, containing a dog's skull. This detail attempts to confirm the tradition that specifies that the dog, supposed to protect the sleepers, was buried next to the entrance. A small church was built above the cave, with a well connected to the tomb. The church has been converted into a mosque, and a second mosque has been built in front of the cave's entrance.

Today, Ahl El Kahf is a place of pilgrimage for Muslims. In 2006, King Abdullah inaugurated a new mosque near the site. 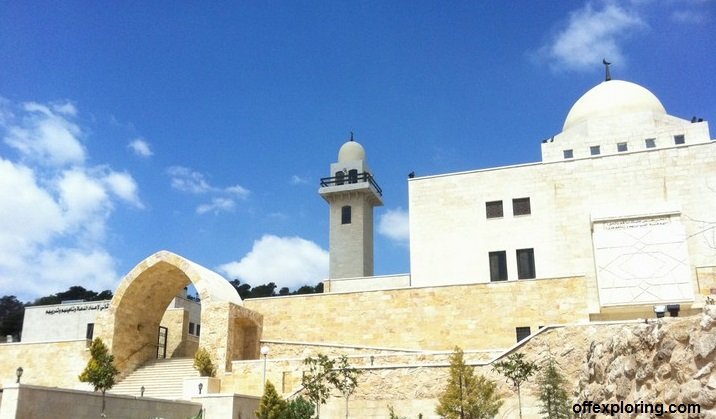