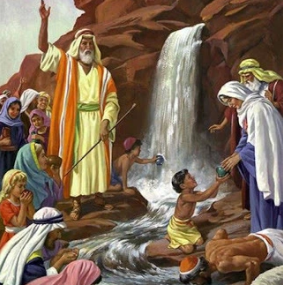 This prophet, so important for all three monotheistic religions, remains a historical enigma, just as the exodus, that following the tradition led the Hebrew people to wander many years in the mountains of Transjordan up to Mount Nebo, before crossing the Jordan River towards the Promised Land. In absence of any archaeological evidence of such a migration, we are obliged to follow the...

written tradition that has been passed on since Antiquity. The first mention of an actual place located in the present-day Jordan concerns the Mount Hor, where Araon, Moses' brother, is believed to have passed away. This mountain identified by tradition as the current Jabal Harroun, overlooks Wadi Araba, that the Hebrews might have reached coming from the West. It is also visible from the vicinity of Petra. Today, it is surrounded by a small mosque built over the foundations of a pre-existing church. This shrine contains a symbolic cenotaph and an underground burial chamber. The oldest testimony about the existence of a Haroun memorial is found in a text written by Flavius Joseph, a Jewish historian of the 1st century AD. On a little plateau under the summit of the jabal lay the ruins of a Byzantine monastery, which was erected over a Nabatean religious complex. The Byzantine monastery is clearly associated with pilgrimage practices. (See this video: https://vimeo.com/82025416 )

The Hebrews would have then arrived on Transjordanian plateau to go on a peregrination in the region of Moab for several years. They are said to have crossed the Arnon, current Wadi Mujib, and then travelled to North. The route is far from being clear, and it is difficult to identify places with the existing archaeological sites. However, we should closely look at one of the few episodes that resonate in archaeology: the intervention of Balaam, a prophet of Mesopotamian origins, mandated by the Moabite King, Balak, to curse Israel who was staying on territory. But on God's order, Balaam blessed the Hebrew people instead of cursing it. On the site of Deir Alla in the Jordan Valley, archaeologists discovered wall plates unscripted with an Aramaic painted text mentioning the augur  “Balaam, son of Beor”, exactly as does the biblical account. This text is a prophecy, probably written on the walls of a religious building.

The most famous place that refers to Moses is of course Mount Nebo, where according to the tradition,  Moses ended his life. Mount Nebo is however not the place of his burial, because following the biblical account, it is believed that God himself took care of Moses burial, down in the plain, in a place kept secret. When the pilgrim Egeria went to Mount Nebo (end of 4th century), she asked the monks who claimed to be holders of an oral tradition passed to them by their ancestor. We have here an example of an oral tradition transmitted from generation to generation, and which was, for the pilgrims of late Antiquity, a reliable source for finding reference sites.

The pilgrim who walks along the path of the Kings Road, not only follows the supposed steps of Moses, but also gets the chance to visit the land of the three kingdoms of the Iron Age, Ammon, Moab and Edom. Many episodes from the Old Testament refer to the three kingdoms and to their areas. The pilgrim can visit them with the Bible in hand, while keeping in mind that the authors of the biblical texts have often ignored the chronological rigor. The layout of these territorial entities is posterior to Moses' time, which poses a chronological problem with the assumed peregrination of the Hebrew people. Bible definitely suffers many anachronisms....

The three small independent kingdoms in Transjordanian arose out of the collapse of the Bronze Age caused mainly by migrations. Those kingdoms are most of the time at war, either among themselves or with their neighbors. The biblical tradition found a parentage between them, Ammon and Moab coming from Lot and Edom from Esau, Jacob's brother.

Ammon is organized around the city of Rabbath Ammon. Its territory extends until the valley of Zarqa in the north and Wadi Mujib to the south. According to the Bible, it was inhabited by giants, the Rephaim. This legend was probably based on the megalithic constructions of the watch towers (photo below), the walls of the citadel, and perhaps of the dolmens as well. Ammon was taken by King David, but soon after regained its independence. Ammon reached its peak development under Assyrian domination which ensured its stability. Ammonites produced their own statuary, their own system of writing and their own ceramics found till the Mediterranean areas. 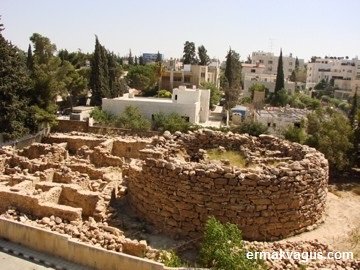 Moab's capital is Rabbat or Karak, or both sequentially. Located between Wadi Mujib and Wadi Hasa, the kingdom seeks to expand repeatedly and encroaches more than once on Ammon until reaching Madaba. It drops even for a period in the Jordan Valley called sometimes the "plain of Moab" in the Bible. The city of Dhiban (photo below) is famous in the Moabite history, even though it is not the capital, as that is where the Mesha's Stele was found. This stele is a basalt stone that commemorates in inscription the victory of King Mesha over Israel at the end of the 9th century. The text mentions the construction of a place of worship in honor of the god of the Moabites. 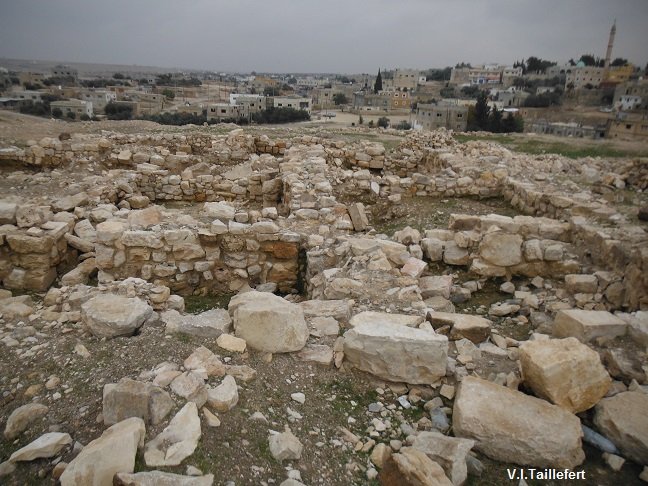 The Kingdom of Edom, for its part, starts in Wadi Hasa and loses in the desert areas beyond the southern mountains. It was essentially populated by nomads. This is the reason why it is difficult to identify its capital. It was maybe Busseira (photo below), the most important site in the 8th century. Edom lived on caravan trade and copper mining of Feynan. The copper wastes at Feynan dated of the Iron Age are estimated at 200 000 tones. 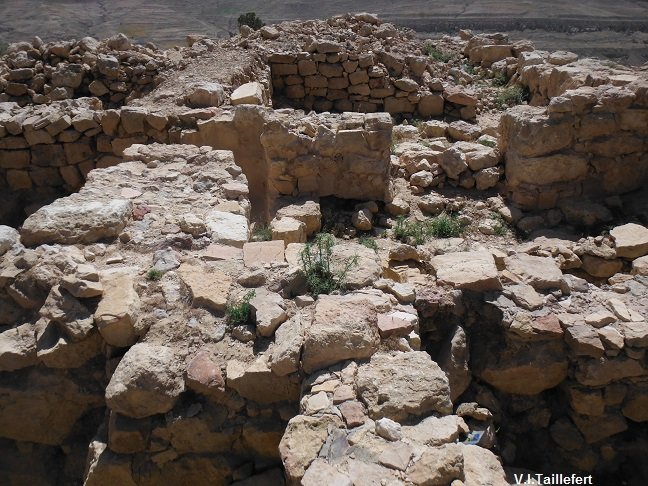