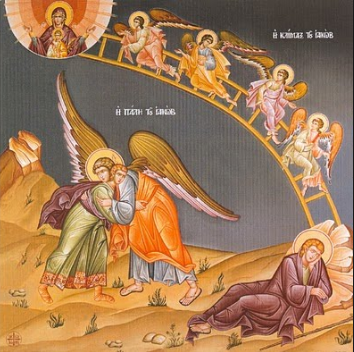 No structure recalls the passage of Jacob in our region. It is however on the Eastern side of the Jordan Valley that several important episodes of his life occurred, including the fight with the angel. It is said to have taken place on the banks of the river Yabbok, which is the Zarqa stream. The Yabbok river takes its source in the vicinity of Amman, goes north and then down into the Rift Valley. At the time, the river...

was said to join the Jordan Valley in Deir Alla, which is perhaps the ancient Sukkot in the Bible. Jacob stayed in the area a few days before his reconciliation with his brother Esau. It is during those days that the fight with a stranger took place, which Jacob identified later as an angel, after the latter had broken his hip. The angel blessed him and bestowed upon him the name of Israël. Jacob called the place Peniel or Penuel. Today, nothing indicates the location of this place. Moreover, all streams of the wadis are used for agricultural reasons and the "torrent" of Yabbok mentioned in the Bible is no longer visible around Deir Alla. The pilgrim can however make a stop on the banks of the river when traveling from Amman to Jerash. He can also stop on the tell Deir Alla, where excavations have unearthed a temple of the Bronze era with inscription of Balam.

Yabbok river between Amman and Jerash 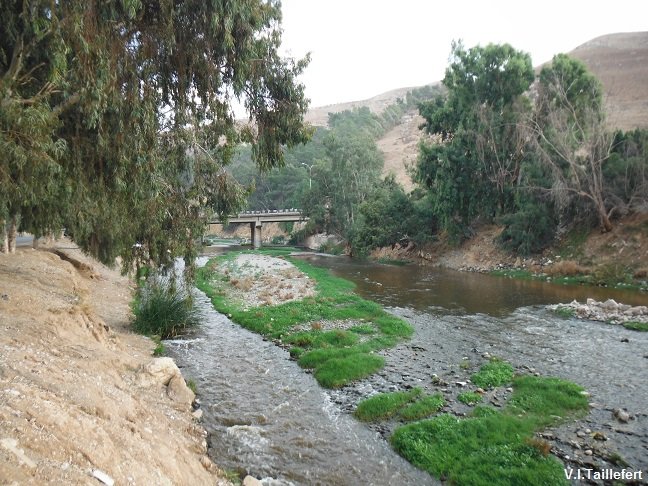